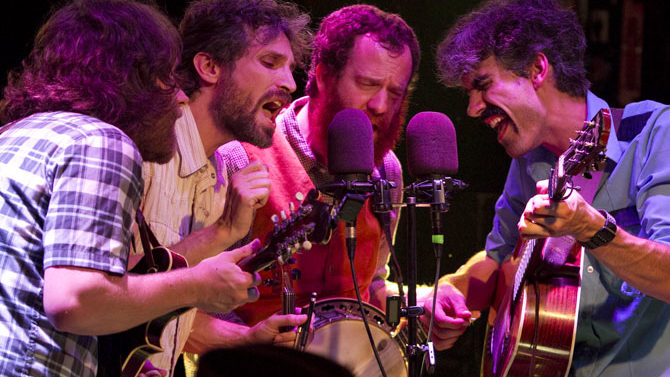 WELL, OK: Careful observers of social media last week were tipped to the fact that El Hollín has played its last show for the foreseeable future. The group, which seamlessly incorporated elements of both twee pop and thoughtful folk—yet never succumbed to the cloying or falsely sincere elements of either—was among a special breed of Athens bands. They steadily improved with each album, had a distinctive voice and sound and always followed their own sense of success and creativity. I’ll miss them, for sure. Thankfully, El Hollín, led by Dena Zilber and featuring many others over the past six years, has its entire catalog archived online. Visit elhollin.bandcamp.com.

DRINK DEEPLY: I’m from the school that believes just because something’s happening doesn’t mean it’s news. However, I’m also a believer in trying to spread the word about under-recognized and under-appreciated Athens music. All of which is to say, if you’re in the market for some of Athens’ best jazz vocal music, mark your calendar for Thursday, June 18. at 7 p.m., and get to The Foundry for the double bill of Marty Winkler, performing with her combo, Martha, and Mary Sigalas. On a personal note, I think it’s a crying shame that so much of the culture has pigeonholed jazz vocals—and, by extension, all pop vocal music—into some ring-a-ding-ding corner of cocktails and kitsch. The fact is, the songs these women perform span the entire range of human emotion, and even though many of the songs are certainly classics, they’re as timely now as ever. Check ‘em out via marysigalas.com and reverbnation.com/martywinkler.

VAN-A-DANG-DIGGY-DIGGY: The members of Athens bluegrass outfit Packway Handle Band have been big road dogs for the past several years. On the cusp of what can only be called a bizarro world tour, the group is in need of a new van. They’ve launched a crowdfunding effort seeking $20,000, and as of the date of this publication, there’s about a week left on that clock. Why’s the tour so bizarre? From June 24 to Sept. 5, Packway will be on on the road opening for Kid Rock and Foreigner. No, I am not kidding you. I’m looking forward to hearing tales from the road, but, you know, they need to actually be on the road for those tales to happen. So, take a look at packwayhandleband.com and check out their levels of support and associated premiums, and help out if you can.

ALL BEATS BULLETIN: In the middle of the night a couple weeks ago, WesdaRuler (aka Wesley Johnson) quietly released his newest collection of tracks. Titled Ruler Mana, all 18 songs were composed during late-night sessions. Johnson doesn’t specialize in dance-ready, by-the-numbers instrumental hip hop. His work is often jarring, a bit off-kilter and jittery at points. His emotionally introspective sound experiments are a heady trip into beat production. I’ve been singing his praises for a good while and can assure all comers a fine time at wesdaruler.bandcamp.com.

NOISE ANNOYS: Low-fidelity pop progeny Velocirapture released a three-song EP last month named Blue Crush. The title track was recorded at the famed Dub Narcotic Studio by K Records honcho Calvin Johnson (Beat Happening). And, boy, does it sound like it! It’s thin, reedy and altogether less than satisfying. The second two tracks, “you’re eyes don’t fade away” and “Shakin’,” are much better. The first has kind of a Bob Dylan-on-sizzurp vibe, and the next is a full-on garage-rocker with everything louder than everything else, but ultimately buried in a hazy cheesecloth of reduced volume. It’s the best track here. Dig on it all via velocirapture.bandcamp.com.