Show Yourself, Kites With Lights 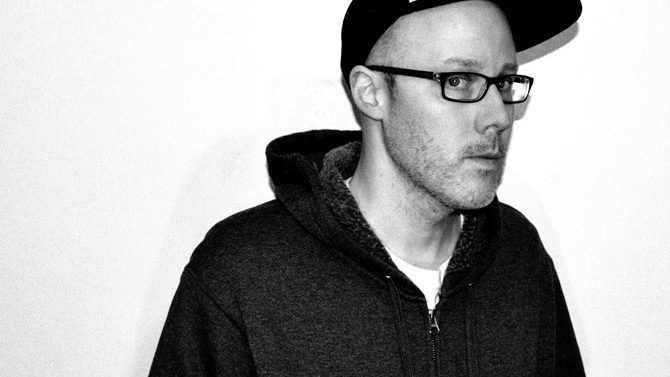 STABLE FOR DAYS: I hate to casually refer to anyone as “reclusive,” because, though God knows I can’t stand people all up in my face, I still consider myself a fairly sociable guy. But dang it if Kites With Lights isn’t the most compelling project that’s also totally absent from the live scene to hit Athens in forever. I’ve gushed about the band and its sole member, Jonah Cordy, before. But for the uninitiated, Kites With Lights wasn’t born in Athens, but rather Pittsburgh, PA, and the project is now 10 years old. The last full-length, On the Edges, came out in November 2014. Two weeks ago, Cordy released a two-version single of the new single “Motor Car,” a dreamy number that conveys movement, familiarity with mechanical engineering and ennui. Dig it at kiteswithlights.bandcamp.com.

MEAT UP: Congratulations go out to both The Powder Room and Motherfucker for being invited to play the annual PRF BBQ in Chicago, IL. The event, created independently by members of the Electrical Audio (aka engineer Steve Albini’s studio) web forum, is known for its days-long celebration of heavy music, worldwide camaraderie and meat. Also, whatever you do, don’t even think of making a joke about how this event is the Steve Albini BBQ, because I did and was roundly corrected by The Powder Room’s Patrick Ferguson. In all seriousness, the lineup for the event is generally pretty killer, and it’s pretty damn cool to have both bands headed out there. For more information, see prfbbq.com. Oh, yeah, “PRF” stands for “Premiere Rock Forum,” because of course it does, and if you want to party online like it’s 1999, you can check out all the dope threads (get it?) over at electricalaudio.com/phpBB3.

GET UP, GET DOWN: In related news, The Powder Room will head into Kyle Spence‘s studio, named Ronnie Jone$ound, in August to record a sophomore album. It’s titled Lucky, and that’s both fitting and gracious for a band that has overcome more than its share of hazard and trouble in its relatively short lifetime. On the live front, they’ll be touring through North Carolina on the way up to the PRF event mentioned above, and are planning to record some demos with engineer Alex Maiolo at a studio that’s about 50 feet from where their van caught fire several months ago. Locally, the band’s scheduled 2015 shows are at AthFest and Slopfest. If all goes well, Lucky should be released around February 2016. Follow along at facebook.com/powderroomga.

PSUEDO ECHO: Meth Wax, the recording alias of songwriter Daniel Tanghal, has a new EP out named Full Frontal. I’m only consenting to call this an EP—hell, it’s got 10 full tracks—because Tanghal is such a damn good artist that I’m just gonna go with his flow. Even though his last official full-length only had 11 songs. I suppose it’s that last couple of minutes that make all the difference in Meth world. Anyway, Full Frontal is totally packed with what Tanghal calls “scuzz-pop,” and that’s a pretty damn good description. It’s loud, fuzzy, fast and, well, scuzzy. Get on it at methwax.bandcamp.com. A cassette version is available via Marching Banana Records/Teen Sleuth Cassettes, and you can pick that up locally at Wuxtry Records or online at marchingbanana.org.

THE SMALLEST DETAILS: At first blush, I was totally ready to wave off the title of the new Futo album, I Wish I had been Born as the Rain that Forms Rivers that Carve out Canyons, as an exercise in excess. However, after repeated listens to the nine-song album, which came out last month, I internally retracted that impulse. The record is a deeply emotional and personal release that wound up affecting me more than I could have possibly anticipated,  and the title is central and essential to the theme. I’ll leave it to you to explore the lyrics, but the music is completely solid mid-tempo electro-pop, as audiences have come to expect from Futo. If you take the time to give this your full attention, it’s pretty much assured you’ll be thankful. It’s also assured you’ll not have a single dry eye for a good while, so it’s probably best to listen alone. This one, too, is available on cassette from Marching Banana/Teen Sleuth at the same places I mentioned above. Headphones up at futo.bandcamp.com.