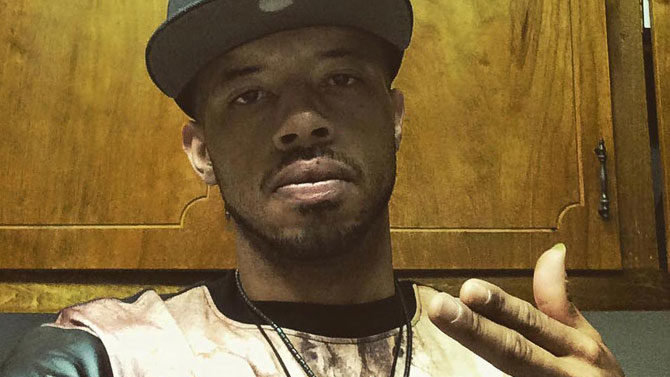 BACK 2 THE BASICS: Longtime Athens MC Yung C.U.Z. released his newest mixtape a couple of weeks ago. It’s titled Loyalty and was produced and is hosted by Machii. Guest MCs include Tru Thought, 3ft, Loyal, Epic Collosso, CWhite, 1Take, RedRum, Rob Bace and Gmoney. Standout tracks are “Gone Shine,” “How I Rock” and “Echoes.” The only thing on the tape that gets a little tiresome is the overuse of the gunshot sound effect. I mean, I get it, but artistically it stretches the point a little bit and ultimately distracts from the music itself. Search “Machii” on datpiff.com to stream and download, and check out more Yung C.U.Z. at reverbnation.com/YungCUZ11.

DA RULER: Athens rapper Dictator continues to release new tracks one by one and just took the leash off a tune titled “Summa.” It’s off an upcoming full-length named Shoulda Had A Verse, and as expected, it’s a hard-spitting number from one of the most consistent hip hop artists in town. Check it and others at soundcloud.com/dictatortharuler.

APPLY YOURSELF: Athens’ premier hip hop impresario, Montu Miller, is accepting applications for artists interested in performing at this year’s Hot Corner Festival. The event is an annual recognition of the history and culture of the historically black business center at the intersection of Hull and Washington streets. The parameters for performers are pretty broad, so drop him a line via athfactor@gmail.com for an application.

WE’RE NO. 15! WE’RE NO. 15!: The Georgia Theatre was recently named the No. 15 club venue in the entire world by concert industry publication Pollstar. This rank is based on ticket sales—a sign that the concert business in Athens can be very healthy when combined with the right mix of talent, effort and outreach. Congratulations, y’all! Keep up with all Theatre things via georgiatheatre.com and facebook.com/georgiatheatre.

TWO SCOOPS OF INFO: New Athens rock duo Crunchy just wrapped up its debut EP with Josh Evans and Robbie Rapp, both of Muuy Biien. Crunchy will play May 5 (aka Cinco de Mayo) at Chase Street pound-’em-down restaurant Tlaloc. If you miss this, you can catch ‘em at Go Bar May 16 with Mouth and—if the good Lord’s willing and the creek don’t rise—The Rodney Kings and Waitress. In related news, mega-trio Shade (which shares guitarist Phelan Lavelle with Crunchy) is set to record its next album in late May at Chase Park Transduction, and you can catch the band live way before that at the Caledonia Lounge on May 6 (aka Seis de Mayo), where they’ll share a bill with former Athenians Justin Flowers and Al Cargile’s CCR Headcleaner project.

STRENUOUS ACTIVITY: In semi-related news, Mouth just released a self-titled EP. It’s sloppy, sorta gritty, definitely lo-fi and pretty damn cool. It mainly lies on that yellow line painted in the mid-1990’s between second-wave pop-emo (e.g. The Promise Ring) and slacker college-rock as defined by people way too old to be in college (e.g. Guided By Voices). Like, it lies flat across the line and mixes both up in a pretty pleasing way. That’s really all I can say about it, but isn’t that quite enough? Sure it is. Dig it at mouthathens.bandcamp.com.