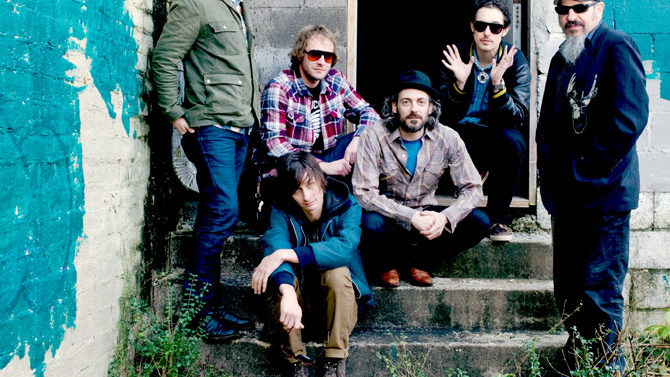 PROTECT YA NECK: If you enjoyed last week’s Protect Athens Music event, or if you’re bummed you missed it, get out your calendar. The UGA Journal of Intellectual Property Law is hosting its own music conference during the Slingshot Festival. It happens at the Morton Theatre Friday, Mar. 27 from 3–6 p.m. Co-coordinator Michelle Davis reports that it’s not entirely different from PAM, but that its focus is more on legal matters. The two panels scheduled are “Fair Use In Music: Remixes, Sampling and Rights Clearance,” with moderator David Shipley and panelists Andrew Pequignot, Lisa Moore and Austin Padgett, and “Music Business Models in the Digital Era: Maximizing Income Streams,” with moderator Bertis Downs and panelists John Seay, Lucy Jewel and Shawn Nolan. A special presentation titled “Transparency: Why it Matters to a Global Digital Marketplace” will come courtesy of Casey Rae of the Future of Music Coalition. The whole event is free, open to the public and requires no wristband or registration. For more information, see law.uga.edu/jipl.

SPRING THING: Just as February was winding down, Athens-associated mega-group Diamond Rugs released a sophomore album, Cosmetics. The cover art is a compelling alteration of the signage outside New York’s Block Drugs (on the corner of 6th Street and 2nd Avenue in the East Village, if you feel like sleuthing) but the record could have come in a brown paper bag and been just as good. First off, I’m a total sucker for the brass arrangements. Second, I gotta admit my soft spot for Diamond Rugs’ deft rewriting of the Great American Songbook such that modern music seems to have originated in the early 1970s. Most of the influences here are subtly rendered and appear only for a flashing moment (like the miniscule apparition of The Dead Boys on “Thunk”), but the drapery of The Rolling Stones looms large. This isn’t the type of thing I take lightly, and lesser bands should continue to be crucified for weakly following a style, but dammit if Diamond Rugs doesn’t do it up right. For the uninitiated, the band is composed of T. Hardy Morris (Dead Confederate), Ian St. Pé (Black Lips), Bryan Dufresne (Six Finger Satellite), Steve Berlin (Los Lobos) and John McCauley and Robbie Crowell of Deer Tick. The band begins a national tour at the end of this month and will land in Athens May 8 at the 40 Watt Club. For more information, see diamondrugs.net.

CRY ALONE: The latest addition to the rapidly expanding lazy Susan of modern goof-rap is the debut EP by Athens’ Hairy Confucius. Actually, that’s not entirely fair, because dude’s flow betrays either a young lifetime of being thoroughly rap-obsessed or prodigy-level talent. It’s still pretty damn self-consciously silly (see “Wal Mart Macky D’s,” “Dance With A Bear”) but Mr. Confucius did have the good taste to employ producer Vaperror for a few tracks. And that, as they say, has made all the difference. He’s been playing around a lot recently, so check the Flagpole Calendar or keep up via facebook.com/hairyconfucius. Stream the EP at hairyconfucius.bandcamp.com.

HEREIN GO, BRAH: Hog-eyed Man will host a pre-Saint Patrick’s Day night of old-time and traditional Irish music at The World Famous Monday, Mar. 16. The visiting artists are New York’s Dana Lyn and Kyle Sanna, each of whom has a novel-length artistic pedigree; their individual resumes include stints with Yo-Yo Ma, D’Angelo, Will Oldham, Damien Rice, actors Ethan Hawke and Vincent D’Onofrio, Theodosii Spassov, The Walkmen and many more. Lyn and Sanna’s take on Irish folk music is described as “through the looking glass,” but, really, that’s the type of thing that would only be noticed by musicologists and highly skilled players. For us mere fans, they’re entirely accessible and enjoyable. For more info, see danalynkylesanna.com and hogeyedman.reverbnation.com.

THIS IS THE GAME THAT MOVES AS YOU PLAY: While I wholeheartedly encourage all of you who listen without prejudice to pay attention to the Alec Livaditis-curated shows that have been happening lately at Go Bar, I’d like you to pay extra attention to the one on Friday, Mar. 13, when his Ensembles series will feature the first public appearance in several months by Tunabunny‘s Scott Creney, who has several novels under his belt and will be doing a reading of fiction and poetry. Also on the bill are Atlanta’s Rin Larping (aka musician and improvisor Lindsay Smith), Utterances (mandolin, violin and various objects explored by Atlanta’s Majid Araim) and a collaborative improvisational performance by dancer Nadya Zeitlin and drummer Jeremy Lamano (Hiro Noodles, Garbage Island). The event begins at 9 p.m., and sweet soul favorite DJ Mahogany will spin at midnight.

CORRECTION: In last week’s column, I mentioned the new EP by the Shoal Creek Stranglers, but inadvertently granted them an extra decade of recording. The correct timeline for these songs was from 2011–2014, not 2001, as indicated by my typographical error. Mea culpa, bros.