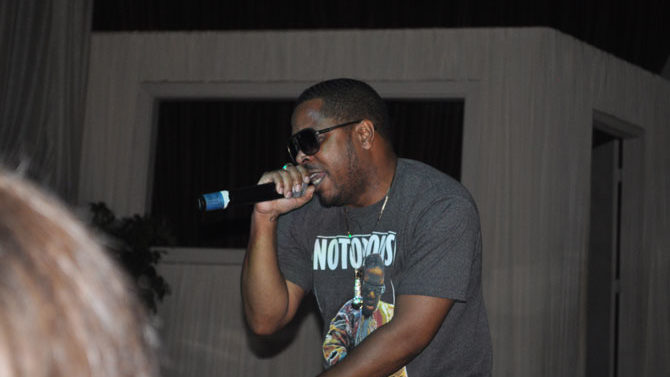 Ask and You Might Receive: It’s open season again for the winter edition of the bi-annual educational grants from AthFest Educates. These grants are specifically for the use of music and arts in the classroom but not limited to music or art instruction; any educator, youth specialist or institution that is incorporating or would like to incorporate music and/or art in any field of youth education is able to apply. According to the organization’s rules, “All applicants must be employed by, or partnering with, a nonprofit with a 501(c)(3) status, Clarke County School District or a local or state government agency serving Athens-Clarke County youth in grades K–5 with AthFest Educates funds.” Although AthFest Educates has mentioned no specific dollar amounts for this round of grants, their total amount awarded each cycle is $25,000, and previous grants have ranged from $250–$1,000. The deadline to apply is Nov. 28, and all information can be found at athfesteducates.org.

Every Other Week: For the past few months, former UGA student, musician and visual artist Adriana Thomas has hosted a bi-weekly, multi-faceted event named Myriad at New Earth Athens. These shows feature live bands plus visual artists creating work onstage. The current format features one live band and one visual artist, after which the stage opens as a jam space for audience members, visitors, etc. This isn’t written in stone, however, and artists and performers are encouraged to collaborate, explore and figure out creative ways of artistic convergence if they’re so inclined. The series takes place on Tuesdays but will take a break during December to dig into the planning for 2015. Upcoming Myriad events for 2014 are Nov. 4 with Saturn Valley and live art by Michelle Hutchings and Nov. 18 with Castaway and art by Thomas herself. Organizing things like this is largely a thankless task that occurs primarily behind the scenes, so hats off to Thomas for taking the reins and running with her idea. For more information, see facebook.com/myriadathens.

Back to the Front: Athens rapper Kaliko is coming back on the scene after a 10-year period of dormancy. Originally from Philadelphia, where he performed under the name Killa K, he was quite active in the Athens scene from the mid-1990s until about 2004. His new album, appropriately titled Fashionably Late, comes out Nov. 7, and there’s a release show happening that same night at Max. Also on the bill this night are Sohi, Lil Redd, The Swank, Dictator, Blacknerdninja, Billy D. Brell and Tee-Roy 300. Special guests include 3 Feet, Chrismis, Elite, LG the HOTC and Duddy Ken. It’s all being presented by AthFactor Entertainment and Kaliko’s own Liberty Entertainment. For previews and background, see youtube.com/itskaliko.

Tune In: There are another couple of episodes of the short-run but much-enjoyed Athens variety TV show “Partyline” available to stream online. Produced in 1984 via Observer TV (the television production wing of the old Athens Observer newspaper), the show was hosted by rapscallion Chip Shirley and featured guests ranging from made-up characters to local bands, as well as tons of footage of William Orton “Ort” Carlton. All things considered, it’s a pretty neat look back into the days of early-’80s Athens. The episodes each run for about an hour and can drag at times, but if you’re in any way interested in public access television or Athens history it’s time well spent. On the same YouTube channel, you can find a whole bunch of footage from the 1984 Human Rights Festival. It’s all over at youtube.com/logrun9.

Bring Back Marmite: Eureka California is one group threatening to quietly break out of the Athens scene via a steady diet of touring, recording, staying dedicatedly on task, never playing the stupid local-rock-star game and, basically, doing everything right. The undeniably catchy, guitar-driven indie group has already done a few domestic tours this year and takes off this week for the UK. They’ll play Nova Scotia first before making the puddle jump, but then will hit Liverpool, Scarborough, Cardiff, Manchester, London, Brighton and Nottingham. Interspersed on this jaunt are three separate radio sessions, which aren’t exactly the easiest thing to come by. Their tour begins Nov. 6 and runs through Nov. 15. For more information, see eurekacaliforniaband.com and facebook.com/eurekacalifornia.