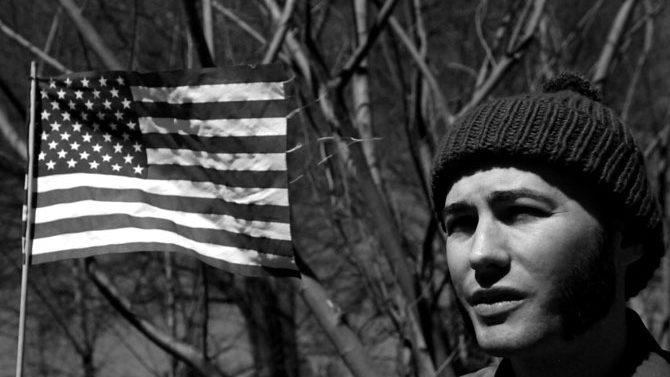 Movin’ On Up: Noun Factory is seeking other lodging after deciding its current space at 145 Ruth Drive will not work as a public performance and gallery space. Even as the organizers seek another property more suitable for their needs, the current location will continue as a private-use studio. To this end, they are seeking artists and businesses (those needing a place to craft wares, not ones open to the public) in need of such a space. If you’re interested in sharing or have a hot tip on a property that this very cool upstart organization would find more suitable, please drop a line to nounfactoryathens@gmail.com. Keep up with developments at facebook.com/BHCNounFactory.

Knotts Landing: Ostensibly centered in South Carolina, Donny Knottsville (aka Walter Kovax, aka Malcolm Walters, aka Rorshak) can still call Athens home any time he wants. His resume as an MC with Deaf Judges and Mad Axes is unimpeachable, and his new mixture, Brainiac Frankenstein, gets a lot of his old crew back together. It was engineered and mixed by Joel Hatstat, features appearances from SOHI, Louie Larceny, a beat from Cubenza (ex-Old White Women, Deaf Judges) and even two tracks with Monsoon‘s Sienna Chandler. The album is catchy, well crafted, kinda silly at times and kinda dirty at others. Certain tracks are undeniable cruisers (“Gospel Pussy Mellinnium Tent Revival” [sic], “Mad Illin’”—which features a sample of Madeline‘s “Tie One On”—and “Hammer Games”), while others take a minute to get into (“Blood Meridian” and the not-really-all-that-good “Rock & Roll Party”). All in all, though, it’s a totally fun, completely un-self-conscious record and should be a welcome spin in any vehicle with four wheels. Check it at donnyknottsville.bandcamp.com.

Two-Piece Snack: The “cassette revolution” has inevitably now led to the revival of cassette singles, which actually really does seem silly, even if proper full-length albums can be still be decently showcased via the medium. However, it’d be sad if this fact caused you to miss out on the upcoming release by The Dream Scene. The two-song event comes courtesy of New York’s OSR Tapes, and features the tracks “New Emotion” and “Behind The Scenes.” This is the first new music from the unclassifiable but generally otherworldly and beautiful Dream Scene (aka Javier Morales) in a while, and any such release is cause for occasion. So stream it via osr-tapes.bandcamp.com, and consider throwing down the three bucks to make it a physical reality in your life.

Time is running out very quickly on the current fundraising effort by Honeychild. The group’s current Indiegogo campaign and its highly ambitious goal of $8,500 ends 2:59 a.m. Sunday, Oct. 26 (or 11:59 p.m. Pacific Standard Time Oct. 25). As of this writing, the effort has garnered less than half the desired amount. If the band gets up to at least the $4,000 level, they’ll be able to pay the bill for the already-recorded new album, Surrender, and Indiegogo is structured such that even if a campaign doesn’t meet its goal, all funds raised are still delivered to the artist. I brought you news of this campaign about a month ago, and my assessment of it still stands: The contribution levels are higher than campaigns of a similar nature, but they’re also explicit as to the benefits they convey. Further, the budget for the whole campaign is laid out on its description page and, although there’s a couple of items I’d put the kibosh on, it’s pretty cool to see Honeychild mention their desire to pay photographers and graphic designers. So, if you’ve got some dinero, gather it up and send it in.

Hallowhat?: All Hallow’s Eve is always a very busy night in Athens, but that’s generally because every band in town is doing its honest-to-gosh best to pay goofball tribute to some other band. Also, there’s simply an insane number of adults that like to go out and watch and/or be watched. But this year, the already-announced lineup of talent is pretty stunning, and, thus far, it features nary a goof in sight. Drive-By Truckers will play the Georgia Theatre; tickets are $27.50 in advance, and this will sell out. Elf Power and Circulatory System will play the 40 Watt Club for the ridonkulous price of $5. And Casper & the Cookies will play The World Famous with power-pop legends The Paul Collins Beat for free. Don’t ask me why, because I don’t know, and I’ll be the first to say this makes no sense at all. But don’t look this gift horse in the mouth too deeply. Make your plans now, and have a great night, y’all.