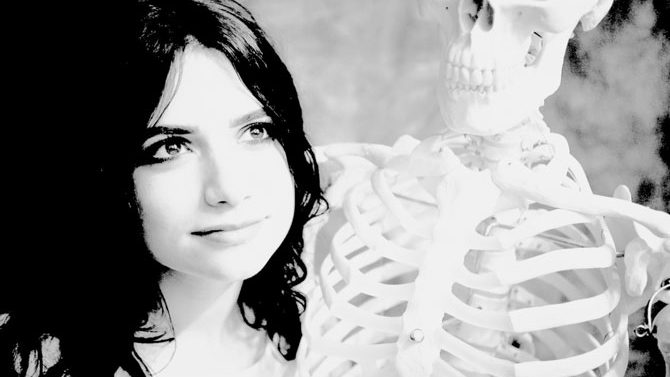 This is the time of year Athens really seems to come into its own. Sure, people love summer, but it’s autumn that makes Athens. Why do you think all the best photos and videos of our town show people bundled in sweaters with steam coming out of their mouths? I used to call this “R.E.M. weather” the way some folks call it “football weather.” So, yeah, to answer the decades-old inquiry, “Should we should talk about the weather?” We just did. Now let’s get on with it…

Gabba, Gabba, We Accept You, One of Us: It used to be that the primary industries in Athens were carpet, clocks and chicken, but now they’re bartending, waiting tables and working in retail. That’s a gross oversimplification; we’d have time to get more complex if everyone wasn’t so dang exhausted from waiting on their their fellow man. To let all you hustlers relax for a few hours on a traditionally slow night, Creature Comforts Brewery announced it will host an Industry Appreciation Night the first Monday of each month, and the kickoff is Monday, Oct. 6 from 5:30–8:30 p.m. Live music, coordinated by the folks behind the Slingshot Festival, comes courtesy of Thayer Sarrano and Strays. Entry is gratis for all bar, restaurant and liquor store employees who can prove their employment at such a place or present one of the special cards distributed to local establishments last week. Upon entry, you’ll get a tour, a complimentary glass for beer samples and small samplings of food. Everyone else is welcome to attend, too, but it’ll cost ’em $12. Creature Comforts is located at the corner of Pulaski Street and Hancock Avenue in the wonderfully repurposed Snow Tire building. Questions? Send ’em to Katie Beauchamp via katie@ccbeerco.com.

Don’t Hideaway: The folks behind the anticipated full-length documentary on the Elephant 6 Recording Company and collective, A Place We Have Been To, are hosting an “in-progress” screening for the not-yet-completed film. It happens Monday, Oct. 13 (coincidentally, and irrelevantly, that’s Columbus Day) at Ciné. This screening coincides with an ongoing PledgeMusic fundraising campaign, already underway, to finish the film. Unfortunately, the PledgeMusic platform doesn’t reveal the goal dollar amount to contributors, and that gives it a vague, will-it-happen feeling. However, the trailer for the film is good-looking and well edited. Honestly, this is really something that needs completion, because it’s the first solid cinematic document of a majorly significant portion of the Athens music scene’s identity. At the screening, Apples in Stereo frontman Robert Schneider will perform, along with Circulatory System. Please take a peek at pledgemusic.com/projects/elephant6doc and do what you can.

Daily Swarm: Although they imploded pretty quickly, and without much fanfare, Capital Will still provided a whole lotta hope for the local hardcore scene and ranks as one of my favorite Athens hardcore bands of all time. Although an EP, Red Hand, was recorded and slated for release, and one song did come out, the majority of it has sat unused and unheard. To remedy this and clear the decks, member Jon Daniels will release one track a day starting Wednesday, Oct. 1 and continuing through Sunday, Oct. 5. Look for them to appear at soundcloud.com/capitalwill and facebook.com/capitalwill. I, for one, can’t wait. I mean, I guess I could, since I have already, but it’s nice to not have to wait any longer.

Live Transmission: WUOG 90.5 FM is hosting a two-night affair Friday, Oct. 3 and Saturday, Oct. 4 at the Caledonia Lounge and Go Bar, respectively. The event is dubbed The Hunt for Rad October and is hyped with this, uh, storyline: “In 2k14, WUOG’s best submarine captain in their newest sub violates orders… Is he trying to defect, or to start a war?” So, there’s that. They also encourage participants of a certain standing to don streetwear company OVO (October’s Very Own) sweaters and gear, but I think they’re joking. Either way, the OVO logo does look strangely similar to the Bohemian Grove owl, so maybe WUOG knows something we don’t? At any rate, bands at the Caledonia include Grand Vapids, Futo, Grafton Tanner and Pennyboy. At Go Bar, you can catch Scooterbabe, Fake Flowers, Gorgeous and DJ Hot Wax. Solid lineup all around. Do one, or both.

Live Tonight Sold Out: Holy crap, sometimes I wish I’d just gone the singer-songwriter route and become a Corey Smith. The wildly popular songman himself will return to Athens Nov. 13, when he’ll perform at the Georgia Theatre. Advance tickets are $21 and on sale now. If there are any left at the door (doubtful), they’ll be $25. Lest anyone think this is a case of hometown-ish hero—though Smith, a Jefferson, GA, native, is able to pull righteous duckets from the local crowd—let me assure you this pricing is standard everywhere from Athens to Springfield, MO. A very large part of his popularity is due to his near-constant contact with fans, and although his music may not be your particular bag, it’s not a bad example for those similarly inclined. See what I mean over at  youtube.com/CoreySmithMusic and coreysmith.com.