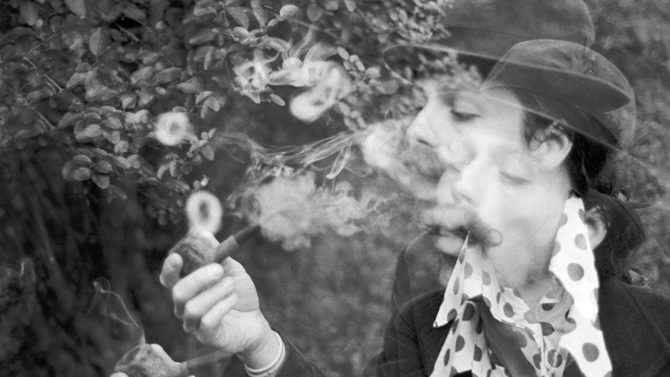 Right Round: As promised, the big boys in Ceiling Fan delivered a new four-song EP named Survival. Significantly, when it’s playing, it feels as if practically no time has passed since the band’s second proper full-length, Hot Streets, which came out exactly a decade ago. It’s a seamlessly added piece of highly intelligent, subtly (and sometimes blatantly) humorous and decisively articulate rock and roll. Also, it’s available for streaming at ceilingfan.bandcamp.com. The group has done us all a favor, too, by also posting the aforementioned Hot Streets (2004), as well as Trick Music (1999) and Sound Replacer (2006).

Home is Where the Heart Is: Athens family band Check the Signs will officially celebrate the release of its self-titled debut album on Saturday, July 12 at Hendershot’s Coffee Bar. The group is composed of the Towe family—Mindy, Scott, Mason and Lauren—and some of the material has its roots in compositions Mindy and Scott were working on back in the early ’90s. Specifically, the beautiful and meditative “Keep the Angle Wide,” which I’ve mentioned in previous columns, grew from a lyric Mindy wrote in 1992. After several permutations, the song rose again last year to become a fitting and lovely tribute to the late Herb Guthrie. The URL for the video is a little unwieldy, so I encourage you to just head to YouTube and search for it. It’s well worth the time. Overall, Check the Signs is a gently thoughtful group that seems to have its tastes steeped in late-’80s college radio folk-rock. The album is available locally at Wuxtry Records. For more information, see facebook.com/CheckTheSigns.

Stay Gold: The mad men in The Honey Sliders have just dropped a monster of an album. The 13-track Los Gatos de Tequila landed on Bandcamp last week, but the band won’t be celebrating its release until July 26 at Flicker Theatre & Bar. Although I liked the group’s initial iteration, which was really MC5-ish, I gotta admit a soft spot for this new organ-driven bath of weirdness. The guitar/drums/bass punchiness is still all there, with an extra fat bottom to boot, but it’s gone way beyond what it was. (Who knew it took almost two years to birth a baby?) The Honey Sliders completely embody the go-for-broke, who-needs-money spirit of unbridled creativity the bands I most fondly remember from Athens’ years past have always had. The fleshed-out lineup now contains Steve “Super Cat” Hunter, Mark “Kosher Cat” Brill, John “Hell Cat” Watkins and Larry “Bad Cat” Acquaviva. Guest players on the album are  George “Dak Maverick” Davidson and Bentley “Diggity Floopy” Rhodes. I’ll admit full-stop that those goofball names would have irritated my skin off if propagated by a lesser band, but The Honey Sliders can get away with it. Listen to them getting away with it over at thehoneysliders1.bandcamp.com.

The Paper Chase: Do you remember when I reported that T.S. Woodward was working on an album for his undergraduate thesis? Well, he still is. Sort of. The material was completed at Gypsy Farm Studio and the UGA School of Music, but time ran short and his graduation date was pushed back to December. What this can only mean for us, the listening public, is an even more well-rounded release. Woodward reports that, in actuality, his thesis will “probably more closely resemble a multi-medium studio memoir rather than a typical ‘studio album’.” The lineup for his band has shifted a bit lately to include a new drummer and guitarist, but I’d bet a dollar that his sound—an actually enjoyable blend of Tin Pan Alley tunesmithing and percussive piano balladeering—stays about the same. Check it all out at Flicker on Friday, July 11, when Woodward plays with Deep Chatham. For the uninitiated, listen in at tswoodward.bandcamp.com.

Consumer Watchdog: You know that double-LP of R.E.M.’s “MTV Unplugged” sessions from 1991 and 2001 that was released in limited quantities on Record Store Day? Well, whoever is selling it on Etsy for $550 (hahaha!) is gonna cry soon, because the band has arranged for the records to be released separately this September. Each album will contain the entire respective live performance and also several songs that were performed but not broadcast. Pre-order links will appear when they’re available over at remhq.com, so bookmark that and check back often.