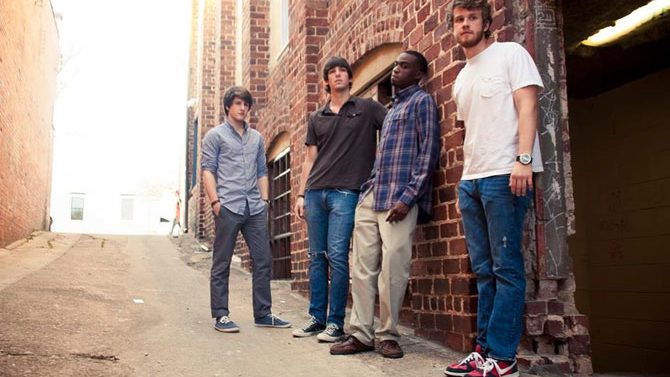 Snore Day: Immediately following the snow-blamed cancellation of its Jan. 28 record release show, local band Baxter & the Basics went on the offensive. First, it rescheduled the show for the very next week, as if to say, “Take that, snow!” The group has four more gigs upcoming in as many weeks, in what can only be a test to see how many ways the Athens populace can split the entertainment dollar. The first is Valentine’s Day at the Caledonia Lounge, and the rest you can read about over at facebook.com/BaxterAndTheBasics. The group’s new album is titled And So Are You, and dammit if I didn’t try to get through the lethargic mishmash of styles and try to find something positive to say about it. But by the time I was aching through the miserable “Girl From the Lingerie Store” and heard the lines “She only needs me to seem legit/ In front of all her faggot hipster friends,” I knew this record was, in a word, bullshit. There’s another track wherein the singer really gets into talking about himself masturbating in a weird, sophomoric way, but don’t worry. If you bother with this at all, you’ll never make it that far. Press play over at baxterandthebasics.bandcamp.com.

First of the Last Calls: It’s that time of year when I start telling you to submit a song for this year’s AthFest compilation. As of right now, you’ve got a little bit of time, as the deadline is Mar. 16. But if you’re serious about trying to get in on this, don’t slack. Just pick that one person in your band who always knows when soundcheck is and have them take care of it. Only digital submissions are accepted, and you do it all online over at athfest.com/compilation. Please note that the coordinators recommend 44.1 kHz 16-bit WAV files; however, you may submit any type of audio file for consideration. But if your material is chosen for inclusion, you’re gonna have to make with a high-quality version, anyway, so why not do that first? If you’ve got any questions, direct them to info@ghostmeat.com.

Credit is Due Dept.: Mega congratulations go out to Alec Livaditis, who just became the new local music director at WUOG 90.5 FM. Anyone who knows him can attest to his ardent fanship and discerning musical taste buds, and he has dived right into his new role. Most impressively, he’s launched a new digital spot for recordings of the ever-popular “Live in the Lobby” series, which you can find at soundcloud.com/wuog. So far, you can stream recent performances from Pale Prophet, Half Acid, Freehand and Atlanta’s Hymnal Moths. As a special treat, there’s also a set from New York’s shreddingly good Perfect Pussy, who recently played a warehouse show here in town, and Livaditis reports that sets from Faster Circuits and Cheap Art will be up soon enough that you could probably hold your breath waiting for them. “Live in the Lobby” happens every Tuesday and Thursday at 8 p.m. as part of WUOG’s long-running local music show “Sound of the City.” Any questions? Drop the man a line via lmd@wuog.org.

Untz Untz Untz: OK, so five years ago, Athens DJ Adam Burgins, known as DJ Incubus, and Jake Dubber (Shock to the System) started the BeatmatchedHearts collective in Sarasota, FL. Dubber, still based in Florida, has now hooked up with Nanolog and is touring under the name Nanoshock, while the BeatmatchedHearts collective has added another face to Burgins’ in the form of Chris Garchow (DJ Lexus Luthor). The local pair performs and promotes DJ-based shows that feature a variety of dance and electronic styles. BeatmatchedHearts will bring Nanoshock to New Earth Athens Tuesday, Feb. 18. Doors are at 9 p.m., and it’s a mere $3 to get in. In addition to the assuredly swellsville mindcrush of the aforementioned acts, attendees will be treated to visuals, including custom videos made by Burgins himself. Closing out the night is DJ Vulpes (Joshua Wehunt) whose expertise, according to Burgins, is “remixes of metal music in the dubstep style… Think Lamb of God [and] Korn.” In the immortal words from a horrified Mia Farrow in Rosemary’s Baby: “This is no dream. This is really happening.” See things at facebook.com/thebeatmatchedheartscolllective.

Vote With Your Dollars: The polls are now open for the Nuçi’s Space Athens Business Rocks competition. This is the jam where local businesses form temporary cover bands for fun, and the proceeds benefit the local musicians’ resource center. This time around, you’ve got bands from Epting Events, Ted’s Most Best, Jimmy John’s, the 40 Watt Club, Last Resort Grill, Oglethorpe County School System, The Grit, TSAV, St. Mary’s ED/ACES, Partner Software, Flagpole and Athens West Cleaners. You can cast as many votes as you want for whatever band you like, but votes (which equal one point) cost $1 each. This is, obviously, the fundraising portion of the thing. Overall winners are chosen via a combination of funds raised and judges’ critiques. The performance dates for this year’s shindig are Thursday, Feb. 27–Saturday, Mar. 1 at the 40 Watt. As of right now, there is still time to register your business’s band. The registration fee is $75. Learn about that and cast your votes over at athensbusinessrocks.com.