Hello, people. This is just about the time of year when folks start sliding into holiday fatness and lethargy, somehow convincing themselves that clicking “going” on a Facebook event invitation and then forgetting about it entirely constitutes participation in our beloved music scene. It’s with no apology that I declare it absolutely does not. There’s always lots of great stuff happening, and like anything else, the less you do the older you get. So, join me in staying young and check out this week’s whatnot below… 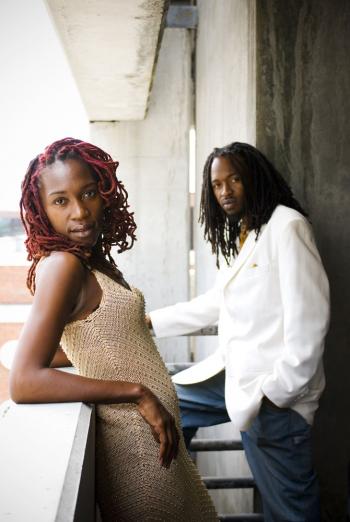 Two Facts: Athens singer-songwriter Ken Will Morton will release his new album Slow Burn Jan. 2. This is the seventh full-length release for Morton, who will also tour Sweden in February behind the Swedish release of his 2012 “best of” compilation, Tell It to the Wind. The Swedish label is named Ball & Chain Records, but I’ll be damned if I can find any information about it besides a small presence on Pinterest. Dig that at pinterest.com/ballchain. In other news, Morton recently joined the growing stream of local artists to have played The Hut, which is the new name for the listening room at the Pizza Hut on Baxter Street. Follow Morton along his path via kenwillmorton.com.

Plan Now: Sure, New Year’s Eve is a little while away, but if you’ve got a few sawbucks to spare and dig the heyday of Southern beach music, pay attention to what the Melting Point has going on. The venue is bringing back Greenwood, SC’s The Swingin’ Medallions (best known for the 1966 hit “Double Shot of My Baby’s Love”). The VIP package is $299 and includes a room for two, champagne, a dinner buffet, tickets to the show and a carry-out breakfast afterward. If you wanna skip dinner, you can get all of the above for $199. All taxes and gratuities are included in these prices. Catch up on what the band has been up to for the past 47 years at medallions.com, and make your reservations at meltingpointathens.com.

Winter Screamalong: The Athens hardcore dudes in Harsh Words just released their new demo tape, and actual cassettes should be in local stores by the time you read this. If you want to check it out online, head to harshwordsathens.bandcamp.com. It’s a pretty solid listen, distinguished primarily by permanent punk drummer Jason Griffin handling vocals. But, sweet Lord, I wish the band didn’t open every song with a feedback screech. Just Pro Tools it or whatever it is people do in “the studio” these days.

Blink and You’ll Miss It: The application period for AthFest Educates‘ mini-grant program is open now and will run until Sunday, Nov. 24. These grants range in amounts from $250–$1,000 and are designed to assist music, arts and performance-related projects in Athens-Clarke County schools. If you’ve got any questions, drop a line to Rachel Allen via rachel@rachelallenmedia.com, and if you’re ready to take the plunge, head to athfest.com/athfest-mini-grant-application.

Worth Every Minute: John Fernandes and his Cloud Recordings record label have an incredibly ambitious and equally awesome festival-sized event happening Nov. 20–23 at the Caledonia Lounge and Flicker Theatre & Bar. The first two nights are exclusively at Caledonia, and the second two feature performances at both locations. The 29-band event will feature Circulatory System, Sea of Dogs, Grape Soda, Hot Fudge, Helen Scott, Moths, Cult of Riggonia, The Dream Scene, Space Trucks, Visitations, Supercluster, New Sound Of Numbers, the Shoal Creek Stranglers and more. Whoa! A full schedule can be found at facebook.com/cloudrecordings.

This is My Bag, Baby: The symbiotic historical relationship between Athens music and art will be celebrated by UGA’s Lamar Dodd School of Art and the Special Collections Library next May in a project named Art Rocks Athens. Focusing specifically on cultural artifacts of our scene that appeared between 1975 and 1985, planned events include a retrospective art exhibition at the school of art, a graphics show (i.e., flyers, posters, stickers, etc.) at the Lyndon House, rare film screenings at Ciné, guest lectures and live shows at the 40 Watt Club, Georgia Theatre and Caledonia. The list of people involved in this massive undertaking is damn-near unimpeachable, too. You can find out the who’s who and other info over at artrocksathens.com and facebook.com/artrocksathens.