You Can Always Go Downtown: The Internet is both a wasteland and a treasure trove, and this week it leaned all the way toward the latter for me. I stumbled upon the short film Girls Are Girls & Guys Are Guys, which was shot on the patio of gone-but-not-forgotten Athens watering hole T.K. Harty’s on Aug. 17, 1978. The footage is from open audition reels that Swiss documentarian Steff Gruber shot for a film about women’s liberation. Notable appearances are made by Teresa Randolph Ott, Dana Downs and The B-52s‘ Cindy Wilson (a full year before the band’s debut album was released). The audition footage was assembled into a short film by Jim Herbert. Watch it below.

Wake Me When It’s Over: Careful observers will have already noticed the existence of a new supergroup of sorts featuring members of The District Attorneys and Tedo Stone. For some reason, they insist on calling themselves Party Dolls, which is, I suppose, as forgettably inoffensive as their music, a bland mix of predictable Americana-ish chord progressions and worn pop hooks. But I’m all for second chances, so I’m totally open to giving their upcoming album, Love Wars Baby, a spin when it comes out. The album will feature appearances from Ruby Kendrick and Jacob Morris (Moths) as well as the core Dolls: the aforementioned Tedo Stone along with Drew Beskin, Frank Keith IV and Walker Beard. There’s a live show archived over at Southern Shelter if you wanna hear what I’m talking about. 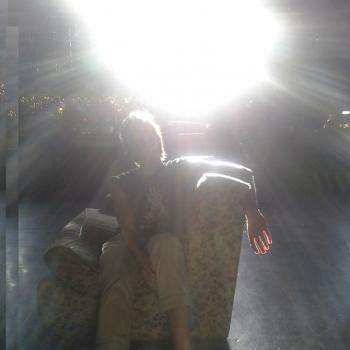 Tooth And Nails: The free digital download version of the new album Gotham, by Magd, is out now, and the actual physical CD, which is also slated to be free, will hit the ground this weekend. Who are these boys? Well, punchy, they’re Richard Hunsinger (Tonda) and Michael Lauden (Scab Queen), and they make a whole lot of noise. Some of it’s righteous, and some will grind your teeth right off. That said, I’ve found a lot to love in Magd’s improvisational workouts, and the duo’s overall aesthetic reminds me very much of the Athens groups that first populated the now-defunct Thor’s Rubber Hammer label. Gotham is actually quite beautiful and emotionally searing in a way that the group’s live recordings either haven’t emphasized or haven’t exhibited. Either way, give ’em 40 minutes and cast your vote over at magd.bandcamp.com.

Just A Few Steps North: Take a nice step into some Athens history this Saturday, Oct. 26 at the Lickskillet Artists Market & Festival. Yes, that’s a mouthful, isn’t it? Anyway, it runs from 10 a.m.–4 p.m. at the Lyndon House Arts Center (293 Hoyt St.) and the event takes its name from the historic Athens neighborhood that once surrounded the Ware-Lyndon House. This structure is the only remaining building from the neighborhood, the rest of which was demolished in the early ’70s. Live music will be provided by Grape Soda, Larry Forte, Dan Wilson, Grayson Daniels, the Qamar Odyssey Dancers, Scott Low, Dixieland 5, Grassland String Band, The HEAP and Laura Connely. The whole event is free and includes all sorts of kids stuff like face-painting, mask-making, a pumpkin patch, etc. The artists market will feature, um, artists selling stuff. Food vendors, author appearances and other things will all surely spin you into a tizzy and make you proud all over again to call Athens home. Gather more information via lyndonhouseartsfoundation.com and facebook.com/LyndonHouseArts.

Coming Soon: Widespread Panic brings its magic carpet ride back to Atlanta for its traditional twin dates over the New Year’s holiday. The first date, Dec. 30 at Atlanta Symphony Hall, is totally sold out, but tickets are still available for the band’s New Year’s Eve show at Philips Arena. Reserved seats and general admission tickets are both $70, and a portion of each ticket sale will go toward funding Tunes For Tots and Feeding America. In other news, a couple weeks ago Widespread Panic announced the publication of a 320-page book of the band’s concert posters spanning the years 1986–2013. It’s titled Poster Children: Artwork of Widespread Panic, and although it doesn’t have a specific release date yet (other than “soon”), it’s supposed to be available through local record stores. So, I’m imagining this will be out by the holiday season. Oh yeah, and if you really wanna make your buddy fuzzy this winter, pick ’em up a Dave Schools pillow made by PALS of Athens Musicians. You can find those locally at Frontier, or see facebook.com/PalsOfAthensMusicians. For all Panic info, head to widespreadpanic.com.