Jason Gridley Gets Earnest; ChamberMusic On the WBMX Tip 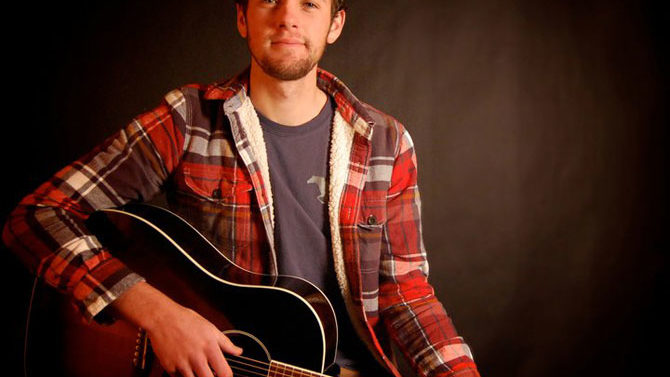 In The Woodshed: Athens music enthusiast Jay Steele has been working steadily and somewhat quietly on his ongoing, multi-tentacled project Athens Provisions. From designing his iconic flyers full of white space to promoting an increasingly rapid stream of shows, Steele has had his hands full. And next month, Athens Provisions will release the debut recording by The Hernies. Described pretty accurately as “weirdo pop,” there’s a whole lot of stuff happening here: un-self-conscious psychedelia à la a poor man’s Beatles or a more modest Frank Zappa, half-remembered 1990s indie influences and basically just a whole lot of personality. The next live Athens Provisions production happens at the Caledonia Lounge on Saturday, Apr. 27 with Savannah’s Casket Girls, Atlanta/Athens group Ponderosa, Velocirapture and Murk Daddy Flex. Keep up with it all via athensprovisions.com.

Download And Dig: Will Donaldson, the man behind the Next To Last Festival, has a cool DJ alter-ego named ChamberMusic. His newest mix, Classic City War Ups, was uploaded last week and is described by Donaldson as “classic WBMX type shit”—referring to Chicago’s long-gone 102.7 FM WBMX (AKA Black Music Experience)—plus some newer stuff. After listening to the entire hour and a half mix, I’d concur that it’s a fitting tribute and worth your time. Donaldson has several mixes, new and old, available over at soundcloud.com/worldwar420, and he can be reached easily via worldwar420@gmail.com.

Bleep Bloop: Fans of straight-up, synth-driven tunes may get a treat with the debut performance of Cruise on Thursday, Apr. 25 at the Caledonia Lounge. Composed of Shane Davis (Spring Tigers),  JT Bringardner (Oh Fortuna) and Jay Murphy (Up Until Now), the band’s songs sprint the short gamut between dark and moody Crystal Castles-esque music and happier synth-pop. The name comes from the mood evoked from night driving, Davis says. “Like cruising music. There’s no guitars or bass. Just two keyboards, two synths and samples.” Other bands on the bill are Orlando’s Loud Valley and quickly rising duo Dream Boat.

Doin’ All Right, Getting’ Good Grades: The students of the Music Business Program at UGA will present an entirely self-organized day of music at the Melting Point on Sunday, May 5. The event, dubbed “May Day,” is a class project where the students deal with all legal contracts, create a compilation album and oversee every aspect of the live production. The event runs from 1-9 p.m. and tickets are $5. Two stages will be used to accommodate the 18 (!) acts performing, including The Ginkgos, Allie Windom, New Wives, Dylan Sheppard, Brock Shanks, Ricky Digits, Casey Elliott, Velocirapture, T.S. Woodward, Jonny & Shim, Will Entrekin, Street Rhythm & Rhyme, Boomfox, Bear Left, Reign, Universal Sigh and the staff and educators of MBUS. Specific questions can be sent to Jackie Citero via jccitero@gmail.com, and all other general information can be found at the nicely laid out website mbusmayday.com. (I know everyone and their brother likes absurd graphics but never underestimate readability, folks.)

These? These Are Good Boys: Although this isn’t normally the type of thing that pricks my ears, I want you to turn your attention to the music of local singer-songwriter Jason Gridley. His debut EP, Wherever the Wind Blows, was released a full year ago but my head must’ve been in the sand at the time. The record features breezy and occasionally emotionally impactful acoustic guitar tunes backed by a variety of instruments including tropical percussion, lush orchestration and more. Gridley’s voice is just the right timbre of sensitive without being cloying or whiny. Truth be told, this type of thing has to hit me at just the right time to get to me, so I suppose this is the right time. Gridley will perform at the Melting Point on Monday, Apr. 29. Sharing the bill that night is another Athens homeboy, Sam Burchfield, who’s currently working on his first EP. Burchfield himself plays nicely plucked acoustic tunes with a decent amount of empty space, but his vocals are more directly derivative of the usual suspects (Mraz, Matthews, et al) and, as such, leave me wanting in a bad way. Your mileage may vary, of course, and you can check them both out via jasongridleymusic.com and samburchfield.com. Atlanta’s Riley Biederer opens the show. UGA students get in for $5, but the rest of you have to cough up $7 at the door—unless you get in on the pre-sale at meltingpointathens.com.

Final Notes: If you can click only one link this week, make it saddadstheband.bandcamp.com. Sad Dads is one of those uniquely Athens phenomena that’s so silly and dumb that it works and winds up being a real thing. Lo-fi disco? Check. “Experimental?” Check. Just click it. Warning: There’s a screamo band from Memphis named Sad Dads, too, but no one ever said this was the most original name in the world. Just make sure you stick to the right one.