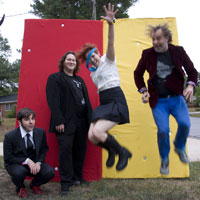 Last Call: As you should already know, the headliners for this year’s AthFest (June 20â€“24), have been announced as Reptar, The Glands, Atlas Sound and Yacht Rock Revue. But did you know that you still have until Apr. 1 to submit your application to play? You can do it the digital way via www.sonicbids.com/athfest or the analogue way by dropping your materials off at the AthFest office. If you apply online there is a fee for both in-state and out-of-state acts, but if you’re a Georgia artist who goes the analogue route, you’ll encounter no fee. There is still a fee for out-of-state artists using this method of submission. The details on submitting are not complicated, but they are specific, and interested artists should head over to www.athfest.com/music-festival/booking and be sure to do the right thing. 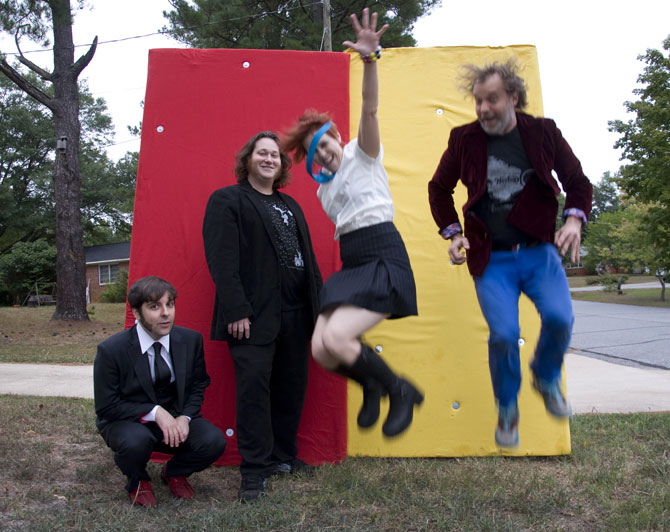 Drive Carefully: By the time you read this Casper & the Cookies will be winding down a tightly booked string of Southeast dates, performing the final ones this week in Chattanooga, Asheville and Atlanta. The band is also working on new material for an upcoming album and will release a free compilation of tracks recorded from 1999â€“2009 that will undoubtedly not be titled Decade of Decadence. Although I wouldn’t put it past them to name it something clever like Decade of Decca-Dance. Just ideas, folks. I’m no expert. Keep up with all the Cookies’ goings on over at www.casperfandango.com.

Talkin’ Blues: OK, this is sorta music related, so I’m gonna include it here. The next live installment of the New Town Revue will happen at Avid Bookshop on Thursday, Apr. 12 at 7 p.m. This event occasionally has live music, but is really based around Athens’ writing community, and on this particular date former honorary Athenian, and now actual Athenian, David Lowery (Cracker, Camper Van Beethoven) will read selections from his blog, 300 Songs (located at www.davidlowerymusic.com/300songsblog.cfm). I didn’t even know this blog existed until this very minute, which just shows you can always learn something. Flagpole contributing writer Deirdre Sugiuchi will also read, and her material will be drawn from her â€œteenage reform school captivity narrativeâ€ titled UnReformed. For more information, please see www.newtownrevue.wordpress.com.

High Density: The sonic reducers in Gripe will head back to the studio with engineers Joel Hatstat and Mike Albanese to record tracks for two upcoming split releases, one with grindcore movers Diseka from Singapore, titled Indefinite Detention, and one with Columbia’s power- violence purveyors Chulo. Now here’s the head-scratching part: the split with Diseka is to come out as a 350-copy, limited-edition cassetteâ€”albeit on professional-grade tapeâ€”and the split with Chulo is a limited-edition (50 copies) release of floppy discs. As much as I really like Gripe and pretty much all its endeavors, stuff like this, while novel, always seems to scream, â€œHere’s our record! Nobody listen!â€ To be entirely fair, though, both these ideas were likely the notion of the labels involved. Knowing Gripe, too, these tracks will likely end up on Bandcamp.com at some point, so everyone take two steps back and relax. In other news, the band will head out on its first East Coast tour this summer with Macon, GA band Grinchfinger. As always, keep up with Gripe via www.facebook.com/gripecore.

Two for Five: The Clarke County Mentor Program is holding a raffle as we speak for a custom-built guitar by Robbie Smith of Blacksmith Guitars. Smith is probably best known locally as the builder of the Georgia Theatre guitar that was raffled earlier this year. This new one is autographed by Alice in Chains, which has a specific Georgia connection in member William â€œKipâ€ DuVall (Neon Christ, Madfly, Comes with the Fall and No Walls). The guitar is on display now at Wuxtry Records downtown, and raffle tickets can be purchased there for $3 each or two for $5. The Clarke County Mentor Program trains adult mentors to assist students in the Clarke County School District to attain goals of personal and academic success and who perhaps are in specific need of a â€œrole model, listener and friend.â€ For more information, please see www.clarkecountymentorprogram.org.

Briefly Now: The Spinoffs have recorded and posted two new songs over at www.thespinoffs.bandcamp.com. Member Chris McKay (Critical Darlings) reports that these first two songs are compositions by member Kathy Kirbo (vocals, guitars, keyboards) and that he and member Bryan Howard (The HEAP) will add their own tunes next. No word yet on whether or not drummer Tim Payne is getting in on the composition game. The tracks were recorded by Kyle Spence (Harvey Milk) and neither really does anything for me as they’re both, I dunno, kind of blah-ly just there. In some ways it sounds like the band didn’t have very much confidence while recording because the performances seem pulled back and conservativeâ€”which is strange considering the literal decades of combined experience the group has. But go check it out. Maybe this is exactly what you’ve been waiting for.