3ft: I Am Derrick Review 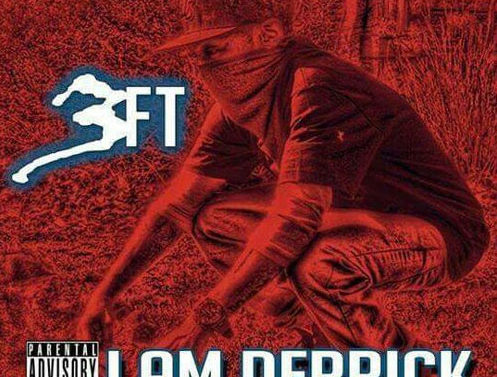 (Independent Release) Keefie Johnson’s new mixtape as 3ft is taut with emotion. I Am Derrick is billed as a tribute to Johnson’s late brother, who was murdered in Athens in 2012. But despite the heavy subject matter, Derrick is neither overwrought nor overly bellicose. Johnson uses grief and anger as a starting point, not a focal point; the record reflects growth and transformation.

Not everything pans out. There are a few oddball tunes that, while testaments to Johnson’s versatility, seem strange, given the tape’s theme. The promise of guest Ruby’s appearance on “Saying Nothing” is undercut by the song’s boilerplate production. Likewise, the requisite fuck jam “Perka-Sex” feels underdone and out of place.

But the mid-tape bangers make Derrick worth the cost of admission. Songs like “Wait,” with a spooky backing track, courtesy of Block Banga, that would make Shawty Redd blush, and “Andale,” which features the most convincing use of autotune this side of I-285 and a fiery guest verse from local MC Squalle, are among the strongest local hip hop tracks this year.

Surprises await. “Pick It Up” is a pensive, moving slice of vapor-rap. “Kno U Like Me,” produced by local rock engineer Joel Hatstat, serves as a subtle reminder to Athens that scene exclusivity is way overrated.