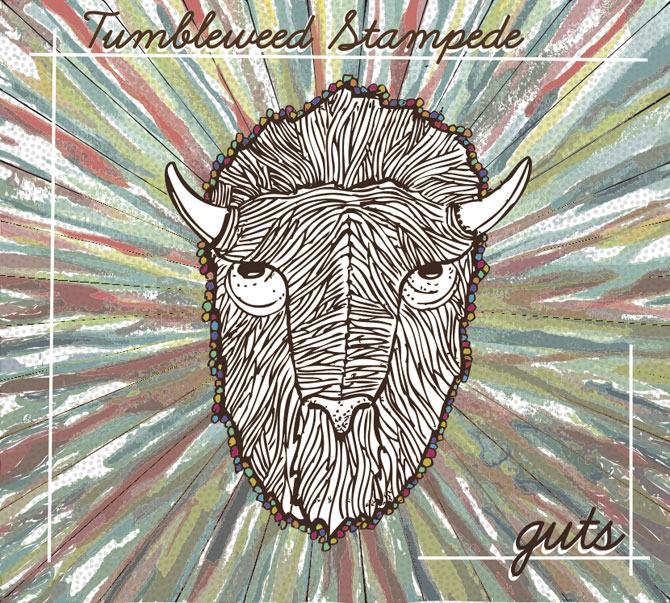 Guts slams the door shut on all previous incarnations and flavors of Tumbleweed Stampede. Gone are the rote imitations of dozy, popular country-ish bands. Benjamin Papillon has reined in the band and recreated it in terms of frenetic, yet focused, modern college rock with a taste for Dirty Projectors and Animal Collective.

Divided pretty cleanly into two halves, Guts‘ first â€œsideâ€ compiles a singular uplifting instrumental track, a creepy cabaret number, a call-and-response island R&B song and a fairly straightforward guitar pop song with a really good horn-punctuated section. I’d tell you the names of the song, but the track listing is so off-kilter it’s impossible to tell which song is which. The second half is characterized more by its reserve and attention to detail than anything else. Every instrument is recorded extremely cleanly, and the mix is completely balanced. The bandmembers are fastidious self-editors, and the album is only eight tracks long.

Guts is a completely reasonable listening experience and reveals more of its personality with each spin. At first blush, the band may seem like another goofy, good-time party band with an ironic name, but it’s actually quite an up-and-comer.