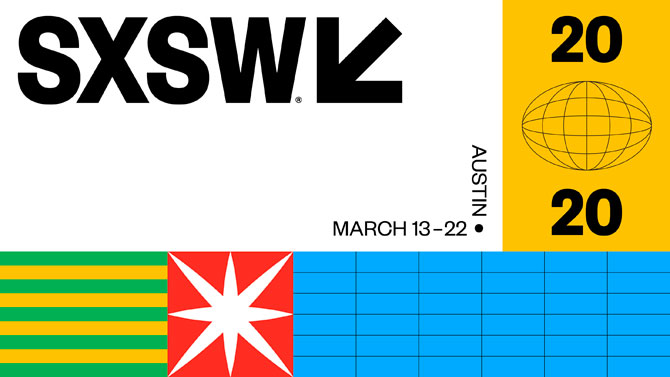 What began as a slow rumor amid smug and dismissive guffaws over what would become a worldwide Coronavirus pandemic became real on Friday, Mar. 6. That was the day when Austin, TX destination festival and conference South by Southwest canceled all official events for the first time in 34 years after having its hand forced by order of Mayor Steve Adler.

The word was announced after several days of heavy exodus by household names Apple, Google, Warner Music Group and more. Earlier the same week, an earnest petition had circulated asking SXSW to cancel in the interest of the public good. Although SXSW was never publicly combative while negotiating with city officials, and suggested multiple alternatives to outright cancelling, they did publicly stay committed to the show going on.

In a particularly ironic turn of events, Twitter—which owed much of its early adoption to a successful and buzzy launch during 2006’s SXSW gathering—was among the organizations that pulled out early.

Up until the official word came down, Flagpole was set to attend for the umpteenth time, being a decades-long media partner of the event. The annual Athens in Austin party was booked solid. Athens companies Tiger Bomb Promo and Arrowhawk Records each had solid official showcases that took months of coordination to secure. Athens’ Avery Leigh Draut of Avery Leigh’s Night Palace, with a brand new single under her belt and a record in the can, was set to take the band out west even after all her SXSW shows were canceled. “We were going totally unofficial, and with the help of some generous friends and other bands we had pulled together five shows. When several of them were called off, we flip-flopped about whether it made sense to still try to go,” she told me. “But we… had planned to drive straight there and back. At that point we really couldn’t justify 40-plus hours in the car and all the costs anymore.”

Shil Patel of Tiger Bomb Promo started planning the company’s showcase back in August 2019. They had only just announced it on Mar. 2, mere days before everything fell apart. “Many of the artists we work with reach out to us asking for help in finding an official showcase to perform on, which is why we put in the time to try to make one happen. While we’re not able to make that happen for all of them, it’s still a goal we try to help them realize,” says Patel. “The cancellation has led several people I know to either cancel or shuffle their tours.” Patel is also quick to mention that SXSW has been, and is, important to companies like his, and has been instrumental in connecting with artists, booking agents and others.

Just like every other news story this month, this is still developing news. Word from Austin is that people are still going out but crowds thus far—even local audiences—seem lighter than usual. Photographer and longtime Flagpole correspondent Mike White is there now, having attended a separate conference last week. He caught a show by former Athens band Bambara the other night. “There weren’t many people around,” White says. “[The band] mentioned that about 40% of their pre-sales in San Francisco didn’t [even] show up.” A couple of nights later, he attended a comedy show and said headliner Daniel Van Kirk donated 25% of his merchandise sales to the club staff to help make up for lost SXSW income.

An economic impact study commissioned by SXSW last year reported that the conference was responsible for $356 million dollars worth of economic activity and had a total attendance of 288,000 across all events. These numbers are both staggering and sobering, as much of this money poured into the pockets of bartenders, drivers, temporary workers, sound crews and multiple ancillary services. SXSW has a standing policy of not issuing refunds for any reason, but will allow ticket holders to attend one of the next two years at no additional cost. The festival itself is bleeding millions of dollars in lost expenses as its insurance doesn’t cover cancelations for this type of reason. Before Mar. 6, the organization—which is a full time, year-long concern—had close to 200 full-time employees. Now it had 50 fewer.