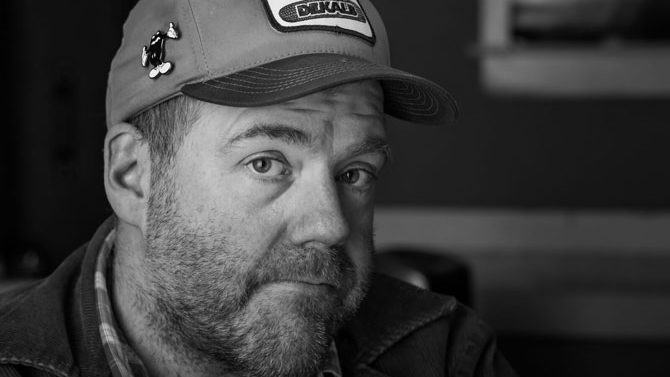 For better or worse, Henry Owings’ career path can be traced directly to Flagpole. The Atlanta-based creator of the influential fanzine Chunklet and media-biz jack of all trades—rock critic, graphic designer, concert promoter, label boss and stand-up comedian, to name a few of his past and current pursuits—got his start writing as an unpaid freelance contributor to this publication in the early 1990s. Witty and intrepid, the young Owings set out to take the town’s overly serious music community to task.

“I did a lot of writing, and a lot of shit-stirring, which I found the most delightful,” Owings recalls.

But the scenesters bristled at his approach, and he sparred with the magazine’s editorial staff. Rather than let the experience dissuade him from writing, he used it as fuel to start his own, fiercely independent publication. Over the course of 20 issues, Chunklet positioned itself as an underground force, publishing memorable items like “The 100 Biggest Assholes in Rock”; “The Shit List,” about terrible concert experiences; and a gargantuan, two-part “Overrated Issue.”

This year, Owings turns 50. To celebrate, from Nov. 29–Dec. 2., he’s throwing a series of parties in Athens, Atlanta and at Whirlyball in Roswell, featuring a head-turning list of musicians he has befriended over the decades.

With the lineup, “I set out to go as big as possible,” Owings says. Performers include Man or Astro-man, Arcwelder, Come, Omni, The Gotobeds and post-punk icons 86, who will reconvene after 30 years. Two of Georgia art-punk legend Don Fleming’s former bands, The Stroke Band and Velvet Monkeys, will likewise reunite.

“The first band I thought of when I came up with my 50th birthday [party] was Man or Astro-man,” Owings says. “They were the first band I asked, and they’re playing four shows.”

The Athens concerts take place Thursday at the Caledonia Lounge and 40 Watt Club, with set times structured so attendees can catch most of everything if they are so inclined.

For Owings, throwing a proper celebration meant bringing the party home to Athens. Even though he has lived elsewhere for two decades—and even though he honed his chops by poking fun at its insular music scene—he says the town remains near and dear.

“I still consider myself an Athens guy,” he says. “Even though I’ve lived in Atlanta for 20 years, I still consider Athens home. It really had a profound influence on me.”

That influence is reflected in the lineup for this week’s shows, which feature several groups from the Classic City and others with strong ties. They include Elf Power and Pylon Reenactment Society, two bands featuring people—Elf Power’s Andrew Rieger and Pylon’s Vanessa Briscoe Hay—with whom Owings bonded during his time in Athens and with whom he remains close.

“I know that I was a stinker when I lived here, but I’m still friends with almost everybody I knew here,” he jokes.

Indeed, Owings has a personal connection with each of the groups playing, reflecting a career spent vigorously attempting to blur—if not erase—the line between critic, listener and musician.

“I tend to think of myself as just a robust music fan,” he says, adding that, as a teenager in the pre-internet era, he was the sort of fan who would write letters to his favorite bands. (One of those bands was Pylon, he says; he showed off his fan-club card to Hay when they first met.)

There is a reason Owings felt an urge to commemorate this particular milestone. He rattles off a list of musician friends who have died young, including Jason Molina, Bill Doss, Jerry Fuchs, Vic Chesnutt and, most recently, Deerhunter’s Josh Fauver.

“I really am doing so much of this in honor of those that have died,” he says. “Because I’m tired of the posturing. I’m tired of going, ‘Yeah, I’ll do it one day.’ I could die tomorrow. I’m gonna just go for it.”

One might say the famously cantankerous Chunklet Guy has mellowed with age, though to hear him tell it, he’s always been an open book. Yet Owings admits to a certain degree of acquired clarity. “The No. 1 thing I have learned the older I’ve gotten is, don’t be jaded,” he says.

To this end, these shows are a chance to convene with friends to mark a half-life well spent. “I’m very proud when I look back at Chunklet,” says Owings. “I have a kid now, and I look at those issues, and I go, ‘How in God’s name did I do this?’ It was never my job. I just did it.”

Appropriately, Owings will also appear onstage with several of the groups playing this week’s events, singing songs by some of his longtime favorites, like Redd Kross and The Fall.