Panic in the Streets at 20: Flagpole Columnist’s Book Tackles an Iconic Athens Event 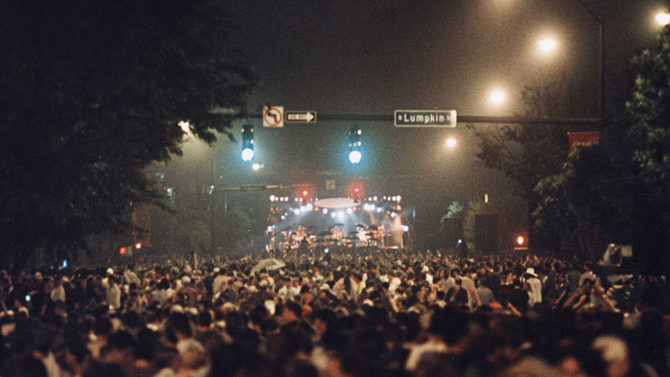 Twenty years ago this month, Widespread Panic celebrated the release of its first live album, Light Fuse Get Away, with a massive free concert in downtown Athens. An estimated 100,000 people attended what became known as Panic in the Streets, often cited as one of Athens music’s most historic and iconic events. This month, UGA Press will publish a book about the show, Widespread Panic in the Streets of Athens, Georgia, written by Flagpole’s own Gordon Lamb, who has kept Athens in the know about local sounds with his Threats & Promises column since 2002.

Ciné will host a release party for the book on Apr. 17, featuring a reading and reception, plus a screening of the Panic in the Streets concert film. In advance of that event, we tracked Lamb down—luckily, he wasn’t hard to find—to chat about how the book came together, and what he learned along the way. This interview has been edited for length.

Flagpole: How did the opportunity to write this book arise?

Gordon Lamb: Last year, Cornell University Press published Cornell ’77, which told the story of the now-legendary Grateful Dead show at Cornell’s Barton Hall. Around this same time, Jordan Stepp at UGA Press was thinking of ideas unique to Athens that might be well covered in book form. She’s the one [who] came up with the whole idea to do a book on Panic in the Streets. She got in touch with me in early May of last year and asked me if I was interested in exploring the idea, and of course I said yes. 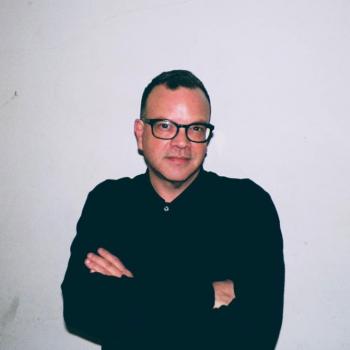 FP: Going in, what aspect of Panic in the Streets was most fascinating to you?

GL: The governmental pushback. It’s very easy to look back now and see how this event was a net positive for the city, but at the time this was uncharted territory. Although we think of the Washington Street location, in front of the 40 Watt, as a natural place for live events now, nothing had been held there at the time. The hand-wringing and consternation from certain folks on the county commission was very real.

FP: What was the process of putting the book together?

GL: I spent a solid three months doing research and interviews. Getting the band on board was paramount. When I explained that this was a book about a specific event, and not an attempt at a biography, they were very helpful in getting me access to several essential participants. I put a call out to attendees to share stories with me, and the response was overwhelming. The interviews were held over the phone, so I was tasked with all the transcription work that requires. Sometimes I’d do an hour-long interview and only get a sentence’s worth of material, and other times I could have used the entire thing. Interestingly, some folks I thought would have a lot to say didn’t, and those who I thought were minor players had great information.

The most difficult part was tracking down financial transactions, memos, police reports, event planning maps and the like. None of these records were digitized, so everything went into deep storage, and a lot of it is just gone. Certain departments, like the ACC Police, weren’t under any requirement to keep paper records after a certain number of years, so a lot of stuff wound up being destroyed. Thankfully, there were folks like Art Jackson and Jeff Montgomery who had the foresight to keep their own files. It’s as if they knew they’d be historically important one day!

The normal process for a university press is very slowly paced, and there are multiple layers of editing, peer review and the like, because UGA Press is governed by the Board of Regents. So, anything they publish is subject to the same requirements as any academic title that bears their name. I’d never written a book before, and am used to working under a deadline, so I didn’t totally understand how compressed the timeline was for this project. I was told this was all normally at least a two-year process. But we went from contract to completed manuscript in four months. 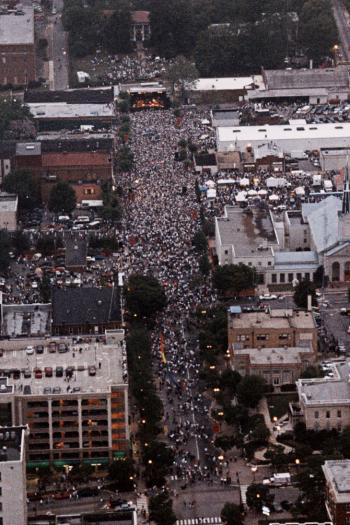 FP: What did you discover that was most surprising?

GL: First, that Panic wasn’t even in the States when all this was being negotiated. They were on their first European tour. Second, I had assumed for years that the event had been pitched to the city at least as early as the previous fall. Nope! It was first brought to Mayor Gwen O’Looney in February—for an event to take place in April!

Third—and this may have been the most surprising for me and for fans—was that while this event was a total feather in the cap of both the band and the city, historically it is likely much more important to the city than to the band itself. It’s not that the band doesn’t have fond memories of it, or isn’t proud of it. But even in the days immediately following, while the city was recovering and patting itself on the back, Widespread Panic was back out on the road. And in the ensuing years, they’ve played to crowds of this size multiple times.

FP: What was Panic in the Streets’ most significant contribution to Athens music?

GL: This trial by fire showed Athens what it could accomplish if [people] drilled down and did the work. For all the naysayers pre-event, there is absolutely no way this could have happened without the principal players being committed to its success. For better or worse, its legacy seems to be one where, afterward, Athens was firmly established as a “music town,” and not merely a town with a very famous music scene. Historically, I view it as one of the closing chapters on the old, cheap rent, part-time-job bohemian Athens scene.

I don’t mean that people just getting into the scene now won’t have the same sort of fun, creative, carefree experience. I’m just speaking in terms of basic economics. When this show happened, Athens was still reeling from the failed promises of the Olympics two years earlier, AthFest wasn’t yet a defining event, and the city leaders didn’t consider Athens music to be any sort of real industry. That’s all changed now. Creatively, I think its legacy is one of organization and cooperation. The actual music in our scene has always been a wealth of creativity.