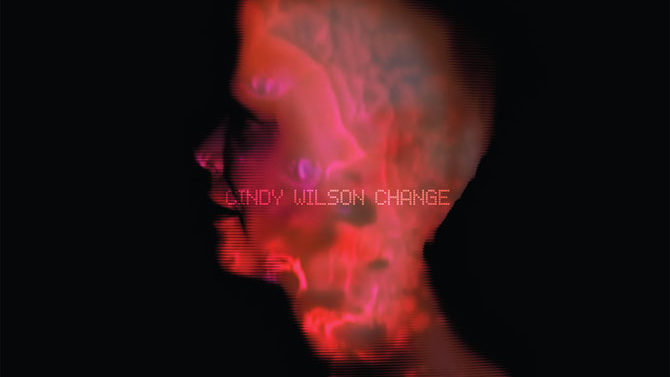 Traditionally at Flagpole Music HQ, we’ve commemorated the end of each year by polling our writers and compiling a list of our 10 favorite local albums. Given the depth of the bench this year—and because we’ve been feeling particularly jolly lately—we decided to expand the field. Here are 17 of our favorite Athens recordings of 2017, plus what we said about them at the time of release. Happy holidays, and happier listening!

Athens’ hottest hip-hop record of the year has been on heavy rotation since February. Back then, Flagpole’s Gordon Lamb wrote, “What [Mariah] Parker seems to understand on a preternatural level is the importance of personality as a distinguishing marker of artistic authenticity. This new record has personality all over it, from the exuberant, thoughtful production… to Parker’s pointed rhymes.” An expanded LP drops in February via HHBTM.

This highly anticipated heavy-rock album lived up to its billing. As I remarked in October, “On the debut full-length from [Jace] Bartet’s band… the former air-guitar champion spreads the good word with an ecstatic, high-flying brand of instrumental riff-rock designed to convert nonbelievers in the time it takes to travel from one end of the fretboard to the other.” If you dig guitars, you’ll dig Double Ferrari.

Harlot Party: I Want to Be Recalcitrant, I Am Just Exhausted EP (Independent Release)

This low-key gem landed at the very beginning of 2017, yet it remains one of the year’s finest local releases. “[KyKy Renee] Knight navigates her complicated emotions in a way that engages the listener on a profound level,” reviewer Nathan Kerce wrote in January, calling the EP “a fascinating journey through the mind of one of the most promising artists of 2017.”

The most inventive local punk album of the year is an impressive artistic statement. As Lamb put it in October, “It’s lyrically complex without being needlessly wordy, musically complex without being wanky and full of machismo, and supremely hooky without falling into cliché territory. It is, in short, great.” The band also dropped a surprise follow-up EP earlier this month.

These Palmetto State transplants deliver a hyperactive blend of math rock and experimental pop on their stunning sophomore album, which “provides an opportunity for the audiophiles to flex their engineering muscles in ways limited by performance, resulting in a record that balances playfulness with polish,” according to contributor Andy Barton.

The B-52s legend returned in November with a sparkling new sound that owes much to her ace group of local collaborators. “It would be hard to imagine the pure magic of the previously released ‘Sunrise’… without Ryan Monahan’s simple yet soulful guitar line, Lemuel Hayes’ breezy, laid-back groove or producer Suny Lyons’ rich orchestral flourishes,” wrote Barton in his review.

The longtime local favorites gifted us with another compelling collection of earthy, melodic psych-pop back in the spring. With the new album—which was a bit looser than usual—and the group’s ongoing affiliation with the Orange Twin Conservation Community, “Elf Power continues to embody the [Elephant 6] collective’s experimental spirit,” Kerce observed in May.

The enigmatic local hip-hop producer made a quietly triumphant comeback with this instrumental EP, which showcased an expanded musical palette. “From Ghostface Killah to dreamy video-game music and a huge brass section, the EP’s samples are wide-ranging but tasteful and purposeful,” reviewer Frances Newton wrote.

The Athens icon and studio wizard wrote, played and recorded every note on his 2017 album, a sonic and spiritual nod to his DIY beginnings. “One might expect a middle-aged scene lifer’s solo album to sound muted, contemplative, worn,” I mused in August. “But even in its reflective moments, Barbe’s new album is unquestionably alive, bursting with the uniquely Athenian energy that has propelled the songwriter’s career from the start.”

Though he’s primarily known as a producer, providing backing tracks for Lingua Franca and other local rappers, Wesley Johnson wowed with his solid if understated mic skills on his spring 2017 EP. And, of course, “the beats on this record are next-level good, with a decidedly 1990s feel and plenty of bebop and cool-jazz samples worked in,” noted Lamb.

Supposedly inspired by the Beatles’ White Album, this absurdly titled double LP features the experimental rock band’s most ambitious work to date. Parts of the record “present cases of ominous danger, while the back end of the album follows a song cycle centered around motherhood, from delivery to postpartum isolation and the eventual reclamation of identity,” Barton explained.

The local heroes finally dropped this long-rumored new record in the summer, and it did not disappoint. Frontman Mike Mantione called the sprawling double album “one of the purest distillations of Five Eight to be put on record,” as Kerce wrote in July. Certain songs, including lead single “Florida,” found the band adding alt-country twang to its high-octane rock assault.

Athens’ road-doggin’-est road dogs released a blistering new LP in the spring “full of the rollicking, uptempo gems for which Athens has come to adore the band,” Barton wrote. Still, as singer and guitarist Taylor Chmura has pointed out, its subject matter is more personal than its predecessors, lending it a welcome air of gravity.

The Classic City jazz-jam pioneers dropped this super-fresh follow-up to their 2015 LP, Inside Voices, at the start of September. Flagpole contributor David R. Adler marveled at the album’s restless, rhythmic nature, adding that it “clears the very high bar established by jazz players in New York and elsewhere.”

The Florida natives survived serious record-label drama to release this stadium-pop standout in November. “On the surface, these are Springsteen-influenced anthems engineered to reach the cheap seats at the back of the festival,” Barton explained, “but taken under a microscope, this is some superior songcraft, channeling complex emotions into equally complex song structures.”

The most essential local folk record of the year, Peppers’ debut is as personal as it is provocative. Upon its release, I dubbed it a “strikingly confessional, aggressively unadorned document.” Peppers and her backing crew went on to sweetly destroy an unsuspecting Flagpole Athens Music Awards audience in June.

Not to be confused with Fenessz’s electronic landmark, Shehehe’s latest found the group in tip-top pop-punk form. Lamb called it “the tightest and best put-together release Shehehe has ever been party to… Fans will recognize the band’s varied influences, but those are starting to shed like snakeskin as Shehehe coalesces more and more into a self-contained unit that just, well, sounds like itself.”