Losing Myself to ‘Low Rider’: An Excerpt From Nobody Cares Who You Are, Book II 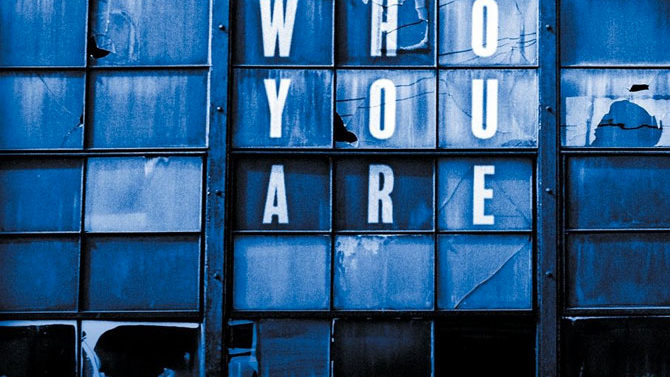 Editor’s Note: This week, Deeds Publishing will release the second in a five-book set by local musician Larry Acquaviva, an autobiographical series titled Nobody Cares Who You Are: The Life and Times of Aceman, a Widespread Panic Roadie. The new book, subtitled The Hitchhiking Odyssey, follows Acquaviva as he travels the country, ends up in Athens and links up with Panic during that band’s heady early days.

The author sent Flagpole the following excerpt, taken “from the end of the book, when I meet the Panic boys on Halloween night 1987 for the first time, at the old Uptown Lounge on Washington Street,” he writes. “I had already been hitchhiking for more than a year, and should have died several times over. I was lost, confused and a complete mess, and I was tripping my balls off, but I had finally found what I had been searching for: music, coming straight from the boys of Widespread Panic.”

Read it below, and hang out with the ever-amiable Acquaviva on Friday, Sept. 29 at Flicker, where he will sign copies of his new book and perform with his band The Honey Sliders. [Gabe Vodicka]

At one point, the Panic boys began playing “Low Rider,” the rock and roll anthem originally penned by War in the 1970s. This song was a step back in time for me, a connection to my own childhood and a song I had always loved. As I listened to the band rock, I stood with my eyes closed and let the sound wash over me. I then began to see a sea of darkness dominate my mind’s eye and felt a wave of calmness lift me upon her delicate wings. Then I saw, as clear as day, a bright red light seep from this darkness and come into view.

As the boys entered that most psychedelic part of the song, the part where the words “Take a little trip, take a little trip, take a little trip with me…” are repeated in a hypnotic cadence, I began to see a form emerge from the blood-red light. There, as clear as could be, I saw a gruesome dark hand appear, and the forefinger call to me in a way that, to this day, makes me cringe when I think of it. The hand—obviously a demon that had resided in my heart—began motioning to me to enter its lair. It was calling to me, asking me to follow it into the depths of madness, beckoning with the forefinger to come closer.

At first, being blinded by its subtlety and power, I moved towards it, sucked in by its allure. I approached, and as the music surged, the hand continued to draw me in, when something came over me in an undeniable eruption of warning: Do not embrace it, do not go to it. Suddenly realizing the power it possessed, I reeled in fear, and forced myself to back away from the demon; I now understood to give in to this power would mean losing myself in the process. This was not a good spirit calling to me; this was darkness itself, a demon of the most demented kind, asking me to be a part of its world.

While shaking the raw image from my mind, I blocked the demon from my sight; re-opening my eyes, I again saw the boys rocking, and the crowd lost in the sound. I suddenly realized that I was protected, here in the midst of fellow spiritual warriors where I could rest at ease. Again, images like this were just too damned real and too damned powerful to acknowledge any longer, so I gathered my composure, put the experience behind me, and continued to enjoy the show.

Many years later, when talking to Marisa and Dave Schools on separate occasions, both my friends told me that they, too, had similar experiences during “Low Rider,” and both told me that they had also been taken aback by what transpired during that song. In fact, the entire band had such an unsettling experience that they actually put the tune on the back burner for a while. Then it became clear to me: We had been having an authentic collective experience, the band and those present during the show.

It was a sliver of information that completely blew my mind.