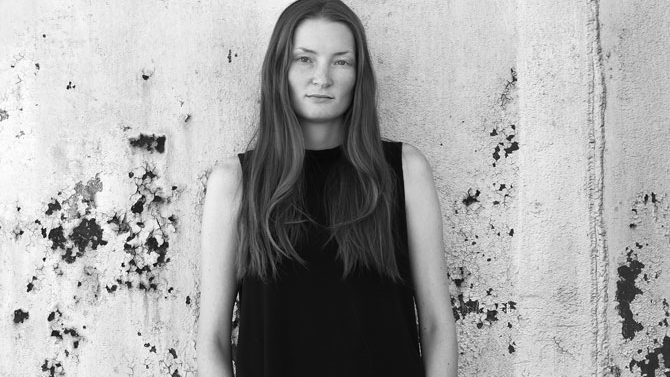 After a few years spent wowing unsuspecting audiences at innocuous folk showcases and amateur-laden open-mic nights, LeeAnn Peppers developed a reputation as one of Athens’ most thoughtful young songwriters. Her debut CD, What Isn’t Said, is out now. A strikingly confessional, aggressively unadorned document, it’s one of 2017’s most noteworthy local recordings so far.

Flagpole recently spoke with Peppers about the EP, breaking it down track by track.

Flagpole: What Isn’t Said has an intensely personal quality. How much of the album is autobiographical?

LeeAnn Peppers: All of it. Every song is about someone I know or once knew.

Flagpole: I dig the upright bass. Whom did you collaborate with on the album? What was the recording process?

LAP: The bass is brought to you by Seth Barham. [It’s] also on “Father of Mine,” “Something Greater,” “Floating” and “My Mother’s Song,” and [he plays] glockenspiel on “Something Greater” and “Floating.” The vocal harmony on “Floating” is Seth as well. He actually slightly re-arranged “What Isn’t Said” after we started playing together. Ethan Mullenax came in to play piano on “My Mother’s Song.” He also spent a lot of time tracking, mixing and mastering the album.

The process was different when Lucas McAuliffe and I first began recording: two mics, a laptop and a guitar. He would press record, and I would play two or three songs and hit stop when I was done. He wanted to capture the songs as they sounded when I wrote them: alone, in my bedroom.

Though we added two more people, four more instruments and an extra song, we continued recording in the same room in a house on the corner of Chase and Nantahala. We would still set up, press record, and Lucas and Ethan would leave the room. Seth and I would play a couple takes of a song, or play one song right after the other, tracking my vocals, guitar and the bass all together.

The original intent carried over—we wanted the sparse atmosphere, leaving space for the listener in the room with us.

FP: You pair these devastating lyrics with simple, innocent melodies. Is that juxtaposition intentional?

LAP: No—not exactly, anyway. For the most part, I really hadn’t written songs before these. Poems, but not songs. So when I sat down to write, I had words in mind—maybe a phrase or stanza—and I would pluck around until something felt right and the number of beats in the line fit. I had very little experience with sonic expression. I just needed to play something well enough to support what I needed to say.

FP: Lovely use of negative space. Who are your songwriting heroes?

LAP: Oh man, so many, but Sam Beam, Justin Vernon, Conor Oberst and Sufjan Stevens. They hit me on such a personal level. I remember hearing their lyrics thinking, “I need to learn this language so I can communicate the stuff I’m struggling to make sense of.” After moving back to Athens, Patrick Morales became a songwriting hero, and Phil Elverum recently struck me with A Crow Looked at Me.

FP: I am taken with the phrase “gently haunted by the past.” What’s the origin of that lyric?

LAP: I know there are people out there who are capable of making decisions and moving on, but for me that’s not the case. I unfortunately have the great talent of seeing all sides of a situation, often to my detriment. I get stuck a lot. So that’s the basic blood of that line—having the ripple of your past greet you further down the road.

FP: Maybe my favorite tune on the record. There’s a lot here about personal evolution—shedding old identities, learning from mistakes.

LAP: It’s funny this is a top one for you, because it became a surprise favorite of mine after listening back to the first master. Some time had gone by, and I heard it almost as though for the first time. The first line is a reference to Lewis Carroll’s Alice in Wonderland. This is from Wikipedia, because I don’t have the book with me right now, but it goes something like:

“‘I could tell you my adventures—beginning from this morning,’ said Alice a little timidly, ‘but it’s no use going back to yesterday, because I was a different person then.’

“’Explain all that,’ said the Mock Turtle.

“’No, no! The adventures first,’ said the Gryphon in an impatient tone. ‘Explanations take such a dreadful time.’”

FP: I won’t ruin the surprise, but the CD-only release makes more sense after listening the whole way through. Why did you choose to avoid a digital release?

LAP: We’ve encountered this amazing phenomenon with technological advancements, which have brought people who are physically distant close to one another. We have access to places and things we otherwise wouldn’t in our immediate context. There is constant, limitless access to almost anything we could ever want, and probably more than we will ever need. The reality, however, is things break, people move in and out of our lives, and we carry on.

I’ve heard some loving arguments for releasing it digitally on a platform like Bandcamp, but I always come back to the idea that sort of fueled this decision for me, which [is from T.S. Eliot]: “What we know of other people is only our memory of the moments during which we knew them. And they have changed since then… at every meeting, we are meeting a stranger.”