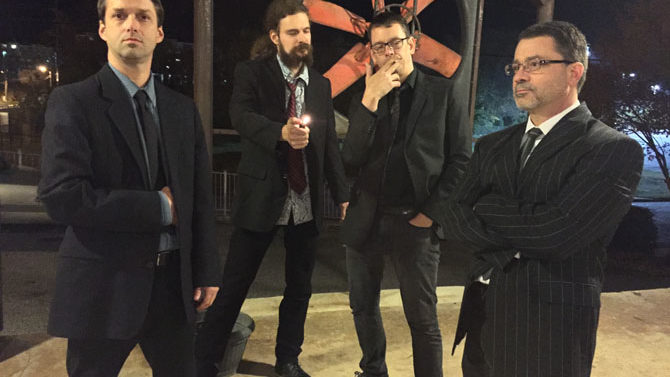 You may not realize it, but Athens is home to a thriving surf-music scene. Rather than coalesce around a single band, venue or promoter, this scene arose seemingly by accident. Compelled by a love of the style, a handful of local groups have formed and evolved independently of one another, offering distinct takes on the electrifying sounds first put forth by artists like the Ventures, Dick Dale and the Beach Boys.

Recognizing that the number of surf bands in town had grown, Nate Fackler, who plays guitar in the Flamethrowers Surf Band, invited a handful of them to play the first Athens Surf Stomp last spring. “It went so well I was asked to do it again this year,” Fackler says, adding, “I believe this is Athens’ first annual surf stomp event.” Similar regional showcases, like the Southern Surf Stomp, have also proven popular, indicating that surf music is resurgent on a wider level.

This Saturday, the Athens Surf Stomp returns, featuring five intown acts and two from elsewhere: Atlanta’s Mystery Men? and Genki Genki Panic, from Chattanooga. Flagpole caught up with a few of the locals on the bill to gab about the Classic City’s surprising surf scene.

Flagpole: What first got you interested in surf music?

Steve Sacco: Listening to the Ventures as a kid. I thought “Wipe Out” was the coolest thing I ever heard.

SS: “Nitro” by Dick Dale. There’s a lot out there, like the Shadows, but “Nitro” is so blisteringly fantastic, so in-your-face perfect, it tops the list for me. Dick is still killing it. He’s 80 freakin’ years old. I’ve seen him three times, and just left with my mouth agape every time. How could anyone be that good?

SS: There are some really talented groups here in Athens, and they are all different from each other—[they’re] all doing their own thing, which is really cool. None of the bands sound alike. The Cryptides just kill the traditional ’60s surf sound, while Kinky Waikiki has a whole different Hawaiian thing happening. Both groups are super smooth and polished. There’s room for all surfers here in the Classic City. We’re a welcoming town when it comes to music.

SS: The Flamethrowers Surf Band may as well be the lovechild of the Ventures and the Ramones. Nobody else does that. We’re a hard-driving, ’60s-style surf band who likes to speed everything up. You can hear the influence of both bands in our original tunes. 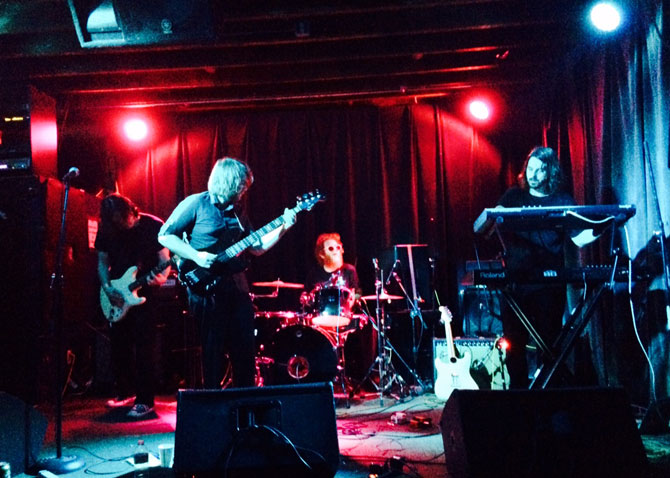 Thomas Barton: Not the Pulp Fiction soundtrack. Though the surf genre has evolved into something that doesn’t so closely resemble the Beach Boys, I’m told I ran around trying to sing “Barbara Ann” before I formed full words, so that was a start.

Zeke Sayer: I liked the sound of the snare rolls on “Wipe Out” as a child.

Patrick Ingram: I think it was the Pulp Fiction soundtrack.

TB: It seems like there are more surf bands in town than there were, say, five or 10 years ago. We’re glad Athens Surf Stomp is here to showcase these bands, and bring some others in from elsewhere. We all enjoyed it last year!

PI: To be completely honest, we may not take it as seriously. We do some old surf classics, obscure and known, but we also try to bring in other elements, like film soundtrack themes and other oddballs we try to get away with, like a Mr. Bungle cover here and there. It’s all in good fun. 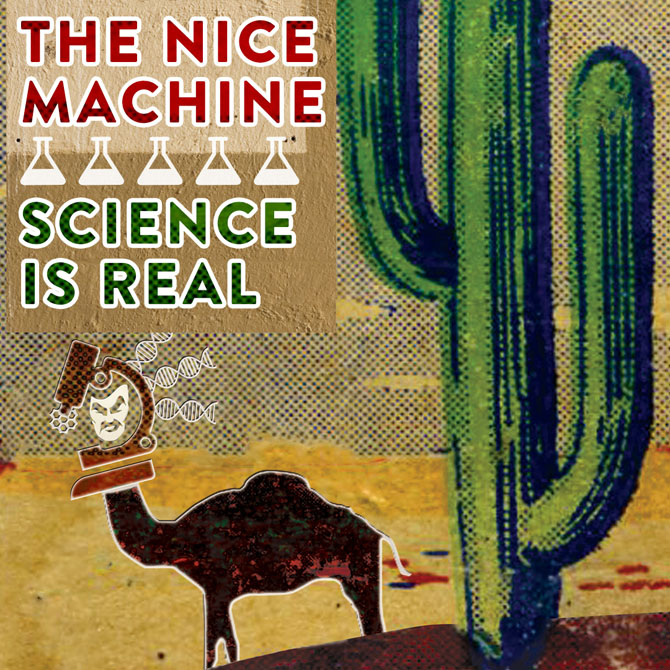 FP: What first got you interested in surf music?

Steve Abercrombie: I think surf music has always been in our blood. Mine and Eric [McDowell]’s parents used to listen to oldies in the car on the way to school, and I remember hearing “Wipe Out.” At school, kids would show each other how to play the drums to “Wipe Out” with your fingers on the desk. I was hooked on surf after that, before I really even knew what it was.

SA: “Slaughter on Tenth Avenue” [by the Ventures]. It has that classic Ventures mix of simple guitar leads and crunchy rhythm parts, with all those guitars in sync. You get a little fun part in the middle, but then they punch you with the meaty low-end sections so you know they mean business.

SA: Only about a quarter to a third of our songs are straight-up surf. The rest are a mix of instrumental genres—stoner rock, punk, noise, rhythmic drones and, of course, surf. 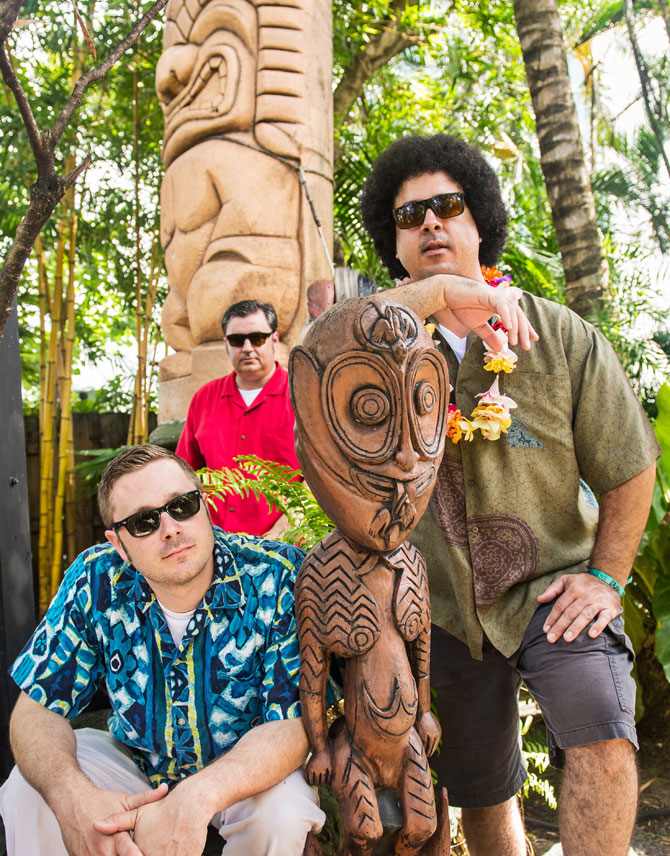 FP: What first got you interested in surf music?

A.J. Adams: Some of the first songs I ever learned on guitar at the age of 13 were old Ventures and Santo & Johnny songs taught to me by my dad. All of these songs were a great way to learn the importance of melody. They opened the door to a lifelong obsession with all music of the 1960s, particularly instrumental pop. Years later, when I started playing steel guitar, I revisited these songs with the same love and excitement.

AA: Though not really considered surf music, I would have to say Santo & Johnny’s “Sleep Walk.” Such a beautiful, simple melody that’s oozing with 1960s tube amps, everybody playing in the same room and a generous helping of reverb to lay your head on.

AA: There has always been some version of surf in Athens since the ’80s. Now it seems there are even more surf bands than ever. Its really great, because we didn’t realize how many until last year’s Surf Stomp brought them all together.

AA: We are basically a mellow lounge band centered around steel guitar that pulls influences from Hawaiian, surf and exotic lounge. We live somewhere between Martin Denny and the Ventures. It’s all maximum R and R for us.