The Glands’ Ross Shapiro Was a Mystery to Many, But He Left a Mark 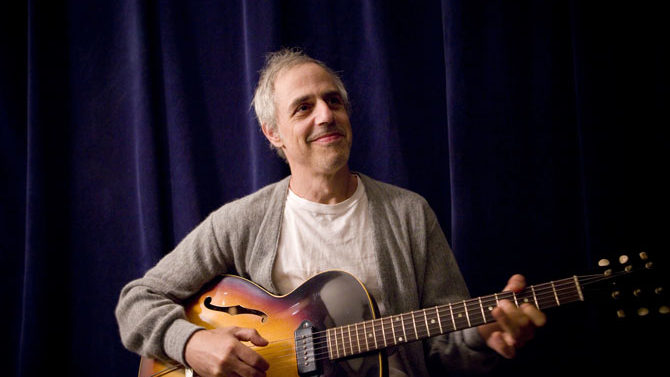 Athens lost musician and friend Ross Shapiro in the early evening of Saturday, Mar. 26. He’d been battling an illness for some time and was surrounded by family and friends during his final moments.

Born in Atlanta in 1963, Shapiro attended Briarcliff High School before moving to Athens in the early 1980s and earning his bachelor of fine arts degree. The longtime leader and chief creative force behind The Glands was known as a painter and sculptor to an entire swath of people who never knew him as a musician. Of course, the reverse is true for us who knew him as a musician and record-store owner.

If any picture is becoming clearer in the wake of Shapiro’s passing, it’s that he was quite selective with regard to what information about himself he let be known and, more exactly, to whom he let it be known. His circle of close friendships was a tight one, and nearly all of those people have chosen to remain publicly silent about his passing, their relationships with him and other personal touchstones, which admittedly tend to become relegated to line items in the aftermath of a death.

Widespread Panic bassist Dave Schools met Shapiro circa 1982, and the pair bonded over a mutual love of music—the Grateful Dead, in particular.

“He was just one of those guys I had a lot in common with. He was part of the larger fabric of the early Widespread Panic family at the time,” Schools says. “We used to go see Dead shows together. One time we spent three nights in the parking lot of the Nassau County Coliseum on Long Island. We got so sick that trip we just slept on each other’s shoulders the whole way back to Athens while my girlfriend drove the whole way home.”

Schools says their personalities just meshed, too. “We had a lot in common. He was sarcastic, low-key. And we both loved being Athenians.”

Indeed, during his tenure as owner of Schoolkids Records, Shapiro had a run of T-shirts made that said “I Love (What Used to Be) Athens.” The word choice was pure Shapiro, but it rubbed more than a few people the wrong way.

When we think of Athens being more than just a city charter, a college town and a collection of buildings with stuff in them, what we’re left with is people. And when our town loses a person so woven into its fabric—one with self-dug roots and closely cultivated relationships, and one who contributed to the creative scene in no small fashion—we find ourselves loving what Athens used to be, too.

It’s not my intention to put words in Shapiro’s mouth, but it is my intention to try to pluck meaning out of details and fit them into a larger narrative than what some would dismiss as pointless nostalgia. And from all available indications—via hints, stories and insights posted on social media in the days since his passing—it seems evident that Shapiro would at least appreciate the effort, even if he disagreed completely.

Indeed, it was noted by at least one friend that Shapiro would have hated being memorialized over social media. But those mentions were telling. For a man whom only a select few seemed to know on a deep level, nearly everyone has a distinct memory or moment with him.

“He was one of the big threads in the tapestry of what I feel Athens was,” says Schools. “He was a much deeper cat than most people realized. I’m really sorry to see him go. I think the loss of someone like Ross reminds us of what a special town Athens is. We lost one of ’em, and it’s gonna sting. We’ve all lost a really good friend.”

Although many in his circle remain tight-lipped, choosing to keep their memories held closely, there was a statement by one of Shapiro’s compatriots that deserves to be printed. Dutch Cooper simply said, “Ross Shapiro is a hero.”

It took me three days to realize that rhymes. And it seems so befitting in its subtlety and grandeur—two aspects of Shapiro’s intense and multi-layered personality—that there’s really no better way to say goodbye than that.