Four 2015 Transplants on Why They Moved to Athens 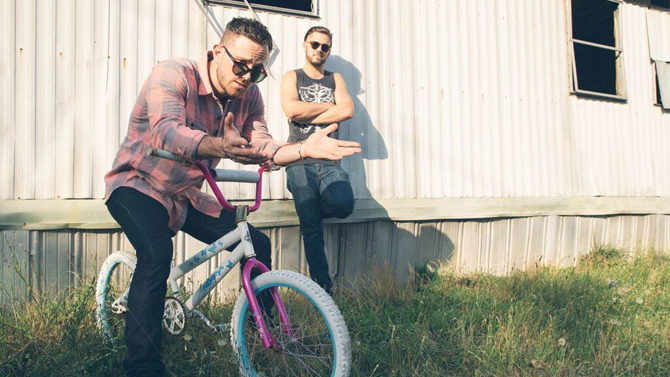 We moved to Athens because it seemed like the best and most comfortable fit for us in the South. The arts community is strong and supportive, we’ve got friends here, we can afford to live here and be artists, and it’s a pretty decent physical location for traveling/touring. Our initial response to the music scene of Athens was, “Oh my God, a music scene.” We’ve been based in Clemson, SC for the past year or two. Aside from the oasis of WSBF-FM Clemson, that place is a desert for musical creativity. So, we’ve been stoked and totally refreshed to be amongst other people pursuing art and their own unique interests.

I moved to Athens from my hometown of Los Angeles to start the Creative Writing PhD at UGA. I love it here so far! I haven’t seen or played as many shows as I would’ve hoped, because I’ve had to teach at 8 a.m. this semester, but I look forward to doing more in the spring. Some memorable music I’ve seen: Thayer Sarrano and the Athens Cowboy Choir at Seney-Stovall Chapel, Old Smokey at Flicker, The Mountain Goats at 40 Watt and a few early evenings at The Foundry, listening to country music and drinking wine alone. I’ve never lived in a region where folk and country are so prominent (in a mostly non-ironic way). Athens was a legendary, far-off place to me as a teenager listening to Elephant 6 bands… it’s been fun getting to know the real town.

My girlfriend had the choice of going to Clemson, Georgetown or UGA to do her masters. I had been to Athens once or twice, and it had seemed like there was something special going on. It was somewhat like Greenville, SC, so it felt comfortable to me, but the music scene felt much more eclectic, much more promising. And I was so ready for something new. Needless to say, we decided on Athens. We both felt like this was a town we wanted to get to know. And as bad as that Gang of Four show was, Shade opened up for them, and it was so nice for me to see, because I realized that we could have the chance for something like that here, too. And I’m still in that place—happy to be here, so looking forward to what I know could happen.

My brother and I moved to Milledgeville from Miami in 2012 and subsequently formed The Norm. After gaining a local buzz, we wanted to move to a town with a bigger musical infrastructure—a destination that would allow us to grow organically without compromising our existing fanbase. Athens was the perfect fit due to its citywide passion for music and the arts, its large college atmosphere and its low (relatively speaking) cost of living. After being in Athens for five months, it has far exceeded our expectations; the city has really taken us in. We have met some of the most selfless, genuine people, have headlined a show at a legendary venue and have developed amazing relationships. We want to represent Athens in the best possible way and are proud to call the Classic City home.