Sprockets’ 10th Installment Celebrates the Art of the Music Video 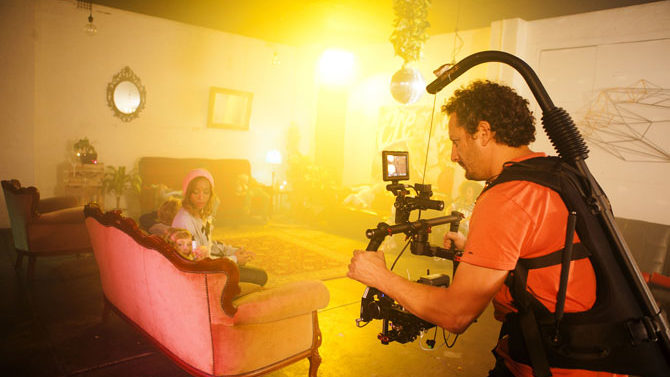 In some ways, the music video seems like an inextricably ‘90s art form. But although MTV’s heyday has come and gone, the format is as vital as ever: The release of a big-budget video from a pop megastar like Taylor Swift is a genuine cultural event—something to be immediately (and mercilessly) dissected by the Twitterati—while buzzy underground acts increasingly look to lock down visual premieres on tastemaking sites during the leadup to a big album release.

As the tablet has replaced the television set, the music video has also become more democratized. Host sites like YouTube and Vimeo offer user-friendly platforms where unknown artists and big-timers alike can easily share their visuals. In fact, it is simpler than ever to make a music video, thanks to the increased affordability (and usability) of the necessary equipment—cameras, editing software and so on. Likewise, thanks to social media, disseminating the finished clip is a piece of cake.

Yet, while film and music festivals continue to proliferate, few in either category give the music video quite a fair shake. Thankfully, one such event happens right in our backyard. This weekend, the Sprockets Music Video Festival returns for its 10th installment, featuring one day and two nights of video screenings, award presentations, industry panels and more.

Sprockets, which began in 2004 as a spiritual successor to the Kudzu Film Festival, the Athens indie-film happening, has grown from a niche one-day affair to a prestigious weekend-long festival that attracts attention from around the globe.

“We went from barely enough entries to have a show to [getting] a significant amount from really all over the world,” says Danielle Robarge Rusk, executive director of Film Athens, Sprockets’ parent nonprofit.

In 2013, realizing the volume of worthy submissions was too high to contain in one show, organizers added a second event specifically devoted to showcasing work created in Athens and around the state of Georgia.

This year follows the same format: Friday night’s International Music Video Show will feature 23 clips from 10 countries, as selected from a pool of over 100 entries by Sprockets’ pre-screening committee, which also chose 21 local videos to show at Saturday’s Georgia Music Video Show. (Georgia videos are also eligible for inclusion in the international show; this year, four in-state clips made the cut.)

Awards for the best of the bunch, as judged by a five-person panel—consisting this year of filmmakers Craig Zobel (Compliance) and Dan Ewen (the upcoming Son of Ernest), as well as Internet Music Video Database co-founder Doug Klinger, Henry Owings of Chunklet and the Athens Banner-Herald’s Maggie Louie—will be handed out at the conclusion of Saturday’s show.

Both shows take place at the 40 Watt Club, Sprockets’ home since the beginning. The venue is a perfect fit for the festival’s loose, organic vibe, says Rusk.

“We’ve always done it at the 40 Watt, with the basic idea that it’s more like a rock show,” she says. “There’s gonna be [a point] where you just wanna go get a drink or smoke a cigarette. [All the videos] are good in their own ways, but something is just not gonna be your thing.”

This year, Sprockets introduces a third screening 3 p.m. Saturday at Flicker, featuring music-inspired shorts not selected for the main competition, including the subject of this week’s Flagpole cover: “Anahata” is an expressive, experimental piece by Australian director Matthew Smolen, set to a track from UK band Stems. In addition, the daytime event will feature an industry panel featuring creators from budding local companies like Dominar Films and DT Productions.

As evidenced by these groups’ presence on the scene, Athens’ film community has grown steadily since Sprockets’ inception over a decade ago. Jordan St. Martin-Reyes, one-half of the directing team behind Dominar, which has four videos in competition this year, including “Ride A’Rolla,” the deliriously great Monsoon clip that won Best Music Video at this year’s Flagpole Athens Music Awards, says local film is on the rise.

“When we first moved to Athens in 2008… we were a little discouraged at what seemed like a gap in interest in films, as opposed to the music aspect of the town,” he says. “Over the years, though, a lot of people have really started paying attention, which is awesome.”

Rusk says she has noticed an increase in quality among local submissions. “The music videos that are coming out of Athens are as good or better than anything in the world,” she says.

This uptick in interest and caliber might explain Rusk’s continued excitement for Sprockets. “Selfishly, I like to watch music videos,” she says. “Because it’s such a random mix from random places, things you would never see otherwise.” On an aesthetic level, Rusk adds, she enjoys the chance to see those videos on the big screen. “Maximum, you [usually] see them 10 inches wide. [I love] the opportunity to be able to see those on a big screen with great sound.”

Most importantly, Sprockets provides a platform for both up-and-coming filmmakers and the musicians who enjoy the fruits of their labor. It’s a symbiotic relationship, Rusk explains; filmmakers build portfolios and gain exposure, while bands use videos to promote their own work.

Dominar’s Benjamin Roberds says that, for him, videos remain a prime discovery tool. “Some of my favorite musicians I had no interest in until I saw a music video or film that featured their song,” he says. “You might hear a song play several times before you realize you really like it, but an amazing music video can suck you in, the very first listen.”

What constitutes “amazing” has certainly changed since the days of “120 Minutes,” and the material that will be screened at Sprockets represents a new era for the form, where, in a post-MTV world, free from FCC restrictions and corporate pressure to keep things PG-13, it has returned to its anarchic roots.

“Our videos can literally be anything, which is liberating,” says St. Martin-Reyes. “When MTV first started, artists didn’t know what a music video looked like, so they got really weird. But with any industry, things like focus groups and key performance indicators tend to dictate what gets made, and you end up with a mass-produced-feeling product. We hope to never do that.”

Win or lose this weekend, the members of Dominar’s team say they appreciate the effort Rusk and Film Athens have made to shed light on an under-recognized segment of the creative economy.

“We don’t make videos because we’re trying to win awards, and if you’re into art for that, then there [are] easier ways to get social validation,” says St. Martin-Reyes. “But it’s nice to know that someone is paying attention.”