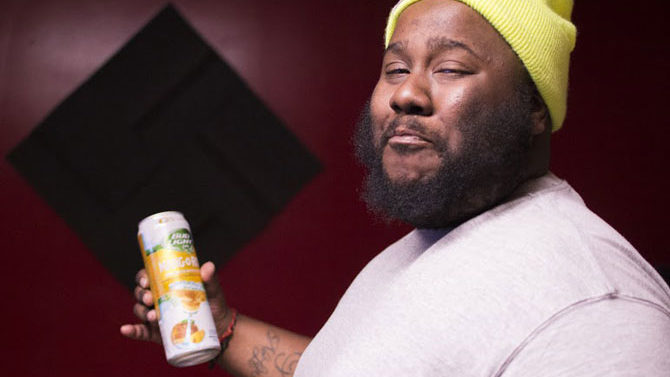 This is the third edition of the Athens Summer Songs series. Check out the 2014 and 2013 editions.

When the humidity, temperature and UV levels sync up to form a sauna outside, beat the heat by grabbing some headphones and channeling your inner cool. Japancakes’ lap steel-obsessed brand of post-rock proves a capable foil to rising temps. “Disconnect the Cables,” from the band’s 2001 LP, The Sleepy Strange, rides through a sonic heat wave with the windows down, maintaining an aural sizzle without the burn. Who needs air conditioning? [Bobby Power]

For a teen in rural Georgia, there’s not a lot to do in the summer. But because almost no one drove down our road at 7 a.m., I could ride my bike for nearly an hour and not worry about cars. Once I pedaled up the first steep hill, I could shake the chill of the morning and coast past the trees in total bliss. This song, from the band’s recently released Wonder Wave EP, gives me that same feeling. [Lee Adcock]

Released on the group’s sixth record, Satanic Panic in the Attic, “Lysergic Bliss” contains all the hallmarks of golden-era of Montreal: psychoactive instrumentation, surreal imagery, bipolar song structures. Kevin Barnes’ lyrics revel in straightforward proclamations of love, with lines like, “If we were a pair of jigsaw puzzle pieces/ We would connect so perfectly.” More than a decade after its release, the song stands as a hallmark of the band’s career, when pop sensibility and abstract explorations found a perfect balancing act. [Paul DeMerritt]

With fire in his throat and ice in his veins, Athens MC Dictator cranks up the heat on this recently released megajam, wherein our main man repeatedly pledges to “fuck up the summer.” Given the increased ferocity of Dictator’s recent output, I’m inclined to believe him. At three short minutes, the tune flies by; keep that finger on the repeat button. If this song doesn’t bump from the subs of a thousand Clayton-cruising Caddies (or, you know, Ford Focuses, or whatever it is you’re rolling in these days), Athens is doing summer 2015 wrong. [Gabe Vodicka]

It was AthFest 2008. Truck-stop alco-pop Sparks was the sponsor—or maybe just the drink of choice? As night fell, humid and sweaty, over Washington Street, a bunch of freaks took the stage, a dozen-plus mad(wo)men blasting ecstatic. Drums pummeled, horns blared and the bacchanal raged. Then there was Jim McHugh, dead man reborn, wild-eyed as a saint and running circles around the bandstand, Sparks can held aloft in his hand like a beacon of goddamn truth. [Marshall Yarbrough]

A summer mixtape isn’t complete without a little melancholy. “Ways” comes off of Ruby the Rabbitfoot’s pastoral 2014 release, New as Dew, an understated work of wistful folk musings. The song’s hazy guitars, slinking bass lines and subtle percussion form a distinct air of lost love. Yet even with the somber mood, Ruby manages to construct sugary melodies fit for rainy days and crystal blue skies. [PD]

2. The Method Actors: “Do the Method”

Really, any Method Actors song gets me pumped for summer. Like Pylon, the band bristled with electric energy, the kind that jumps straight down to your toes. Vic Varney seemed ready to rip apart at any second, leaping into squeals and warbles. Here, that raw power crystallizes into a singular mission. Nothing kicks off a high-speed gamble down the freeway (or a secret dance party in the basement) like the Actors’ churning groove. [LA]

Classic City associate Bubba Sparxxx’s unique debut single is based around a flipped sample of Missy Elliot’s ubiquitous 2001 hit, “Get Ur Freak On.” Bubba moves effortlessly over Timbaland’s hyperactive production, with rhymes that sound like the kind of braggadocious shit-talk you’d hear at a wild summer cookout. It’s a song designed to please the late-night club crowd as much as those who’d rather get drunk and go mudding in their pickup trucks. No matter your preference, “Ugly” is the perfect song to turn a relaxing summer day into a raucous party. [Nathan Kerce]

Since its release in 2002, Pacific UV’s self-titled debut has been a trusty standby, a mix of nu-shoegaze and lush etherealism that never seems to get old. As an evergreen album, the LP lends itself to every season. In the summer, tracks like “LAPD vs. NYPD” permeate with waves of cooling sound, like aloe on your sunburn. Lather up this epic remix by Pacific Northwesterner Eluvium (aka Matthew Cooper), and it’ll feel like sweater weather no matter how much your iced latte is sweating. [BP]

I don’t mean to get all shiny-happy-hyperbolic here—the excitement that accompanied Neutral Milk Hotel’s return has slowed to a simmer for all but the most diehard Mangumites—but that Orange Twin show was perfect. The high-water mark, for me, was not the paroxysmal surge of “Holland 1945,” nor the quiet power of elegiac closer “Two-Headed Boy, Pt. 2.” Rather, it was the band’s sludgy, sweltering take on “Ferris Wheel on Fire,” from the EP of the same name, that moved me most. It was a fitting soundtrack for the first hint of hot weather, though its lyrics suggest summer’s slow fade. [GV]