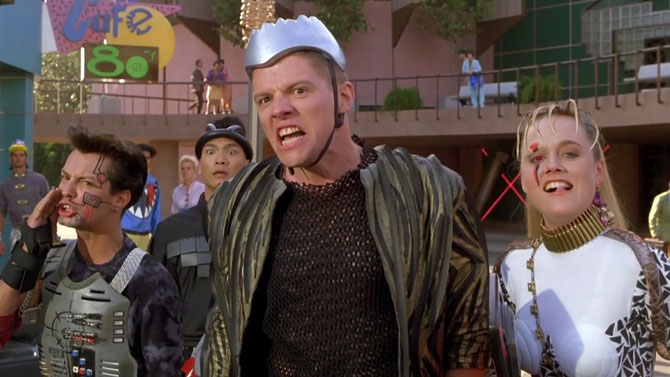 Athens-based doom-jazz band Taber & the Utopians has redefined the local musical climate, bringing a fresh voice to a town that has become a barren cultural basin of empty, dilapidated student housing units and rotting Reptar collectables.

Since their first show at the new Oconee venue 400 Watt Club last May, the Utopians have not stopped progressing. The local group has reportedly sold more than 12 brainstreams of the new Mute Monotony EP in just three months. The down-home acid-punk outfit is slated to follow up with its first full-length album in July, which it hopes to fund via IndieNoNo.

“I guess you can say we are the classic rags-to-riches kinda deal, if rags are worn-corduroys and riches are beds to sleep in—though I usually prefer not to sleep in mine,” says Taber Montalvo, the lead singer and creative force behind the strung-out pepperoni-pop project.

The six-piece mouth-metal collective has an unusual origin story. Ellis Roy III of New New West Records and Cochlear Implants discovered the group playing an acoustic set in an abandoned parking deck on Normaltown’s Yonah Avenue and was “captivated” by their original sound.

“When I first heard them, I was taken aback. For six kids with beat-up guitars, those boys knew how to lay down a lightning-fast country groove,” says Roy.

A month later, the band signed with New New West and put their creative potential to use. Mute Monotony showcases the Utopians’ varied talents and influences. With the help of New New West’s budding transdimensional arm, the EP’s riff-rocking blast-beats and weed-faded vocals literally transport listeners to the fictional, post-apocalyptic realm where the songs are set.

According to self-proclaimed “techno-minimalist sound warrior” Montalvo, Mute Monotony is a political commentary on the reckless progression of big government. The EP follows a robotic teenager on the run from the dictatorial Athens-Clarke County regime. Montalvo calls the creative work “a metaphor” for his life.

“I would love nothing more than for the government to try to apprehend us for the radical ideas we are transmitting into the community,” says Montalvo. “In the words of the late Sameer Gadhia [the lead singer of obscure retro-rock band Young the Giant], ‘Life’s too short to even care at all.’’’

It’s gotten to the point where I almost can’t be engaged in my music unless I know there is no one watching me.

The band’s humble beginnings are a product of the members’ flippant attitude towards organized society. Lead guitarist Vry Thompson and drummer Nick Hambo met Montalvo during a chance virtual dumpster-diving encounter at dunkindonuts.com. According to Thompson, they were e-rummaging for inspiration.

“We were knee deep in the psychic, cream-filled sludge when Taber hopped in,” says Thompson. “His avatar was holding a Les Paul with a broken neck, and he asked if either of us knew how to fix it. So, I said, ‘I’ve got some atomic tape and chewed-up stun-gum. Let’s do this.’”

The slimy, shifty dark-bluegrass trio began playing their music on the cold, deserted streets of downtown Athens. It was there where they realized the band needed a fuller sound, so they added anti-pianist JoyJoy Holmes, rhythm didgeridooist Ben Flatwood and quail-egg shaker Zakkary Sinus to the mix. Taber & the Utopians had finally achieved the full-blown, synth-heavy, classic-rock sound that they had always strived for.

Even after signing with New New West, the breakout blues-rap ensemble continues to play downtown street shows to an audience of zero almost daily.

“It’s gotten to the point where I almost can’t be engaged in my music unless I know there is no one watching me,” says Montalvo, adding that “exposure is overrated… I really hope this article is never published.”

Few are eagerly awaiting the release of the Utopians’ first studio effort, which Montalvo calls the band’s “capstone art piece.” Though the official name of the project is yet to be released, Montalvo says the robotic teen will make a cameo appearance.

“If this album could talk, it would say, ‘I am the voice of a generation,’” says Sinus, who plans to try his hand at tambourine on the upcoming recording.

WHO: Taber & the Utopians
WHERE: Flagpole Athens Music and Pizza Awards
WHEN: Thursday, June 31
HOW MUCH: FREE!