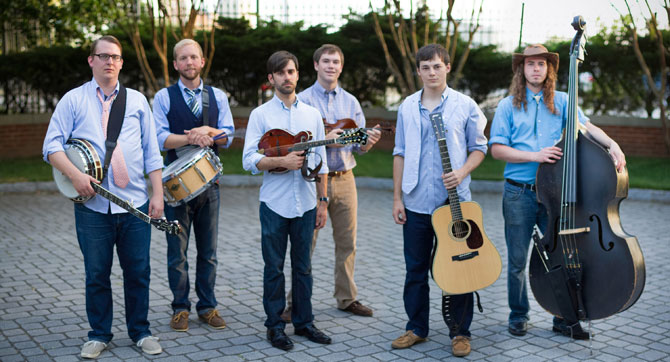 On the holiday calendar, New Year’s Eve is perhaps second only to Halloween in terms of the breadth of sounds you can find in Athens, and there are dozens of music options to help you ring in 2015. Below, seven of Flagpole‘s picks for Dec. 31. For the full list of New Year’s events, see the Calendar.

Atlanta newgrass outfit Seven Handle Circus infuses its strummy trad-folk with a disco backbeat. This is the show for anyone interested in stringed instruments but still looking to get down. Local country-folk faves The Darnell Boys and funk-rockers The Kinky Aphrodisiacs round out the wide-ranging bill.

Athens indie-pop institution Reptar follows up its show-stopping AthFest set with a New Year’s Eve throwdown sure to be a party and a half. The openers on this bill are both Athens-insider (and Flagpole) favorites that you should really make it your beeswax to see if you have not already.

The Revivalists hail from New Orleans, a melting pot of a musical town if there ever was one, and the group’s sound is all over the map: A jammy and eclectic take on the foot-stomping folk that’s all the rage right now, the band plays GATH along with Col. Bruce Hampton sideman AJ Ghent and Atlanta roots duo Larkin Poe.

Martha Reeves is known for her work with The Vandellas, with whom she recorded the everlasting hit “Dancing in the Street.” Reeves has led a fascinating life since her Motown heyday, serving as a Detroit, MI councilwoman from 2005–2009. She’ll no doubt bust out the hits at Melting Point.

You’d think it was All Hallow’s Eve at Go Bar, where Athens punks Muuy Biien pose as the Rolling Stones for a strut-filled set. If you have always wondered whether stoic MB frontman Josh Evans secretly moves like Jagger, now’s your chance to find out.