Kick Off AthFest with the Flagpole Athens Music Awards 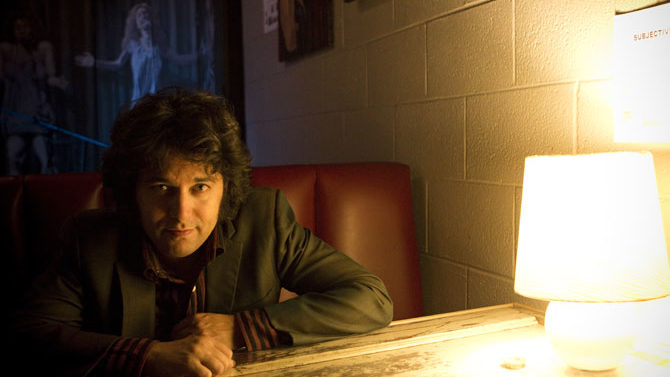 For a couple of star-studded hours each AthFest Thursday, the Classic City stops and gives thanks to the Stipes and Schneiders on high for its world-class scene by handing out big, shiny, impossibly heavy trophies to those deemed most worthy by their democratically minded, technologically able peers.

Or, to put it another way: Y’all voted for your favorite local bands from a shortlist cobbled together by Flagpole and a handful of industry folk, and now you get to find out who won. Also, a bunch of bands will play.

But not just some bands. Good bands. Exciting bands. Bands like Monsoon, the impossibly young local group that offers up dramatic, hyper-charged jazz-punk, and Hand Sand Hands, the experimental electronic transplant that wows with its heavy, glitched-out atmospherics.

Bands like Jay Gonzalez—indeed, he’s a man and a one-man band—the fella known as the Drive-By Truckers’ secret weapon, who will show off his wonderfully ridiculous “acoustic keytar,” and Family and Friends, the swiftly rising, feel-good folk outfit who will appeal to all the Mumford fanatics out there.

There are even more performers! Like Four Eyes, whose sweetly accented folk-pop has earned it a permanent spot on the list of must-see Athens acts of late. And acts like Blacknerdninja, the MC whose stage presence is only matched by his impeccably assembled flow.

Sprinkled in between these sure-to-be-stellar live sets, a group of local music representatives will take turns announcing the winners of the awards themselves, which will be doled out this year by a local acro-yoga troupe (yes, it’s a thing) and eagerly/indifferently/vulgarly accepted by their new owners. Theater of the absurd inevitably results.

The whole dang night will be hosted by local musician Thomas Valadez (Future Ape Tapes, Tom Visions, The B-53’s); he, along with esteemed pit band Kenosha Kid, will keep things moving in an attempt to limit the show’s running time to sub-Scorsese levels.

In homage to the Morton Theatre’s vaudeville roots, Editor Pete McCommons has agreed to stand side-stage ready to yank those with more verbose acceptance speeches off with the crook of his cane.

Are you brimming with excitement yet? Thought so. Go ahead and grab your tickets at the Flagpole office (220 Prince Ave.) during business hours, through the Morton Theatre’s website, or get ’em the night of the show, though beware: It has been known to sell out in advance. Those tickets are a mere $8 in advance and $10 at the door, or $5 with an AthFest wristband.

Finally, most importantly: Good luck to all the finalists. In Flagpole‘s eyes, you’re all winners. (Y’know, except for those who don’t actually win.)