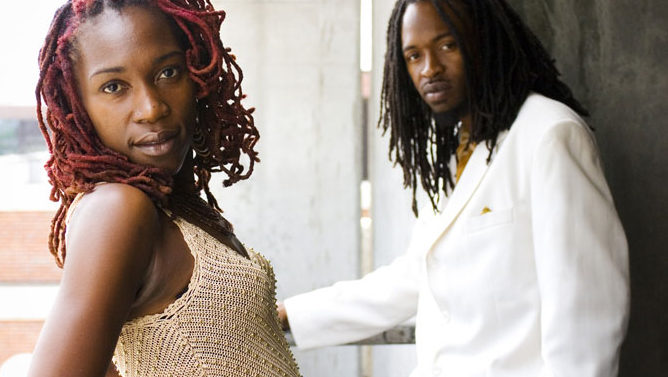 Although Athens’ homegrown hip hop scene has been ebbing and flowing for many years, the first annual Athens Hip Hop Awards ceremony is coming to town courtesy of a Florida couple new to town.

Jasmine “Mokah” Johnson founded Chocolate City Live Marketing and Management, a hip hop promotions company, around the turn of the century in central Florida, where her future husband, Knowa Logic, was working as an artist and songwriter. Logic joined up with CCL in 2005 for the purpose of promoting larger live events and to launch the company’s DVD magazine. In 2012 the duo formed an Athens-based subsidiary, United Group Of Artists (UGA) Live, as a way to help independent artists gain exposure and rally support regardless of their locale.

As Logic attests, Athens’ place on the international music map is often of little value to local hip hop and R&B artists. If one were to go solely by the official story, it would be easy to assume there’s no hip hop presence here at all.

“We love the music and arts scene here in Athens,” says Logic, “but noticed the lack of support and unity involving local artists and urban business owners. I guess partly because [hip hop carries] a negative image to non-participants and [gets] overshadowed by other genres.

“Athens seems to have a disenfranchised hip hop scene,” he continues. “Partly because the native artists and business owners who carry the spirit of the town’s history are not involved enough—and, in some cases, [not] invited. So, we wanted to make sure they’re included. We don’t want to separate the community; we want to bring everyone together [and make] it stronger.”

Backing up the notion that hip hop is but one part of a multi-faceted culture, Logic and Johnson packed the ballot with categories that include local barbers, restaurants and more, as well as musical categories.

Says Johnson, “Hip hop is a culture. It is a lifestyle that’s not confined to the African American community… we can clearly see its unifying attributes at work worldwide. [But] as individuals, we have to stay grounded, never forgetting where we came from—so should hip hop. It started in the urban community and should always have a connection there.”

It must be said that folks like Logic and Johnson who blow into town and try to make things happen often wind up alienating the very people they’re ostensibly supporting. But UGA Live seems committed to the idea of hip hop as community, and is actively embracing those who have long been shaking things up in Athens. “[Local promoter] Montu Miller has been a part of every UGA Live meeting since we’ve been here, and the Athens Hip Hop Awards board [is] composed of the most publicly active promoters and movers and shakers,” says Johnson.

Also, there is the matter of retention. Anyone who’s followed the Athens hip hop scene knows that its cycle goes like this: artists woodshed, someone starts a small studio, someone else becomes promoter and hype man. A collective is formed, events are planned. Some happen, some don’t, and then the whole thing fizzles out. Wash. Rinse. Repeat.

This cycle often comes at large personal expense of time and money for the organizers involved. Flagpole asks Johnson how she hopes to maintain her enthusiasm and focus in a scene where turnover is so high.

“Faith, passion and family is what keeps us going,” she says. “The promotions game [and] the music business can be overwhelming and very cut-throat at times, but we pray and let God guide us. [We’ve] been in this business for years, and we’ve learned not to get attached to the outcome, good or bad. Don’t let the losses discourage you, and do not let the wins go to your head.”

The awards ceremony is a gala affair. The dress code is “hip hop with a twist,” says Logic; the official rules state that no T-shirts or jeans are allowed. Live entertainment will be provided by various local artists, including Jet Squad, Black Nerd, Cassie Chantel, Showtime, Swank and Tony B. (Longtime Athens rappers Lo Down & Duddy are scheduled to appear, but aren’t slated as official performers.)

Johnson says there isn’t any particular artist on the bill she’s more excited for than any other, instead lending her support unilaterally: “We’re just looking forward to having a good time and changing people’s perspective on Athens’ hip hop scene.”