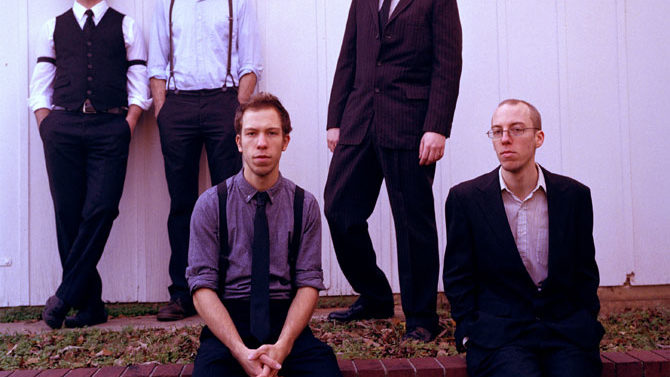 The 2010 demise of beloved local hip-hop outfit Deaf Judges was an irrefutable blow to the local music communityâ€”few acts performed with the same unholy fervor, few were as convincingly human. A year and a half on, it feels like a revival up in here. Three fourths of that group have recently returned under a new creative unionâ€”the bustling and buzzworthy Mad Axesâ€”and have put forth a fine first album in the shapeshifting, hubristically titled Debut Smash. As for the other guy, well, heâ€™s been busy the whole time, picking away at some down-home Delta blues.

With the Judges, Austin Darnell performed under the moniker Produce Man and was responsible for some of the groupâ€™s most energetic and well constructed lyrical salvos. With the blues-obsessed Darnell Boys, he now puts forth some equally inspiredâ€”if stylistically divergentâ€”performances.

â€œI just love music,â€ Darnell explains. â€œOld or new, it doesnâ€™t matter, as long as it speaks to you. But it has to speak in that rare way that only really great art and music can.â€

As the name implies, The Darnell Boys are a bona fide family band. With siblings Caleb and Gus, the eldest Darnell plays a steadfastly authentic blend of blues, country and other such traditional sounds, taking cues from legends like Howlinâ€™ Wolf, Ray Charles and Otis Redding to create a uniquely soulful sound. At the heart of the music is a shared history that cannot be substituted with any amount of outsider talent.

â€œOur dad and his brothers all play music, and our grandmother plays gospel piano,â€ Darnell explains. â€œWe always sang and played together at family gatherings. Weâ€™ve been playing music around [Athens] for years, but this is the first time all three of us have worked together on a project.â€

With the frequent and then permanent addition of Elijah Neesmith on upright bass, and Patrick Weise on junkyard percussion, the group began gigging regularly; its recurring shows at spots like Farm 255 proved crowd favorites. The Boys won over many an unsuspecting audience, amassing in the process a small legion of enamored followers. The bandâ€™s increasing popularity has led to its first 40 Watt performance, where the group will perform with like-minded local revivalists The Corduroy Road.

For these three brothers, who grew up here and have spent young lifetimes bumming around town, Athens is the glue that holds The Darnell Boys together. â€œ[Our] family moved here when I was three,â€ Darnell says, â€œand both my brothers were born here, so Athens has definitely shaped our perceptions about life and music. When we play, we want people to feel at home. Whether weâ€™re onstage or picking in the backyard, passing a bottle around, everyone is welcome.â€ Itâ€™s the sort of pleasant invitational attitude you find throughout the local music scene, but these guys seem to embody it better than just about anyone else.

Aside from Thursdayâ€™s show, The Darnell Boys are preparing for a busy summer. An album is in the works (with Chase Parkâ€™s Will Manning), and the band has a spot on the AthFest mainstage alongside Reptar, Atlas Sound and Yip Deceiverâ€”a lineup that confirms this townâ€™s openness to a ridiculously wide swath of musical styles. Darnell looks forward to bringing his familyâ€™s love for the artistry of tradition to the masses.