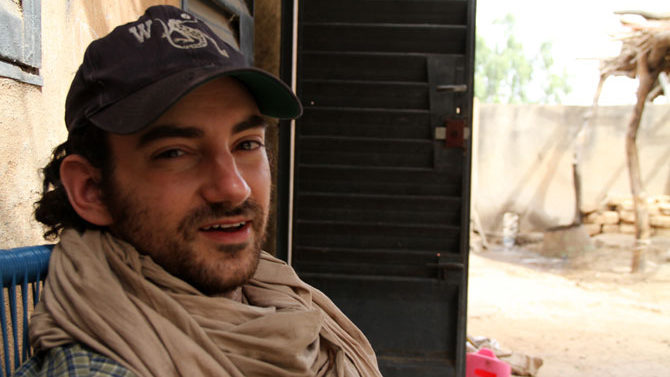 Adam Klein first went to the West African country Mali in 2002 for his two-year assignment in the Peace Corps. He researched the culture before arriving, and he learned that the three main castes under which family names were categorized were as nobles, blacksmiths and griots (those who are storytellers, advisers of royalty, musicians, praise singers and keepers of the history of Mali). He hoped to be with a griot family. Sure enough, his host family had the premier griot name: Kouyate. Malian custom dictates that all visitors receive a Malian name. Klein says, â€œNobodyâ€™s gonna call you by any name but a Malian name.â€ He would be known there as Lassine Kouyate.

Thus began the journey that led to Klein releasing his album of Mande music this week. Titled Dugu Woloâ€”a variation of the spelling of Dougouolo, the village where he livedâ€”the album’s 12 tracks approach the music from a traditionalist point of view and are mostly sung in the Bambara language.

There are some structural differences between Mande and Klein’s typically country-and-folk output. â€œIâ€™m definitely not a technical player,” says Klein, “but more interested in the feel of a song or performance… Mande music tends to have a main melodic line that recurs throughout the song. On acoustic guitar, which is played in a style to echo the sound of the [West African harp-like instrument] kora, the player picks strings at fifths and octaves followed by rapid-fire ornamental melodic lines. Minor key sounds, mainly, with a lot of call-and-response vocals. [There’s] more in common with the blues than straightforward country music.â€ 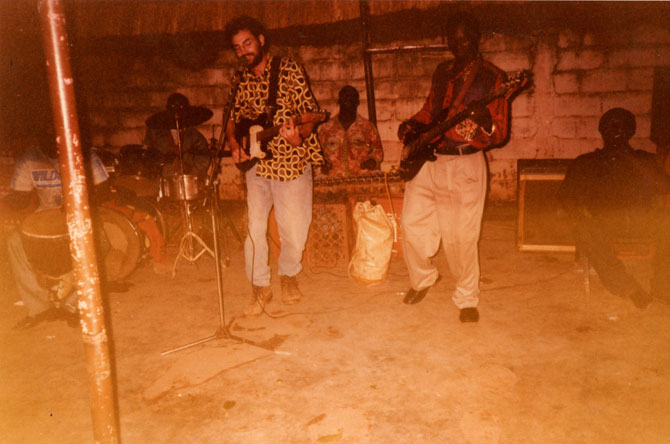 Klein wanted to write songs that would â€œspeak to Malians in a meaningful way.â€ He met djembe master Breman Kouyate in 2009 and visited him a few weeks later. Kouyate invited a griot from the TraorÃ© clan to assist Klein in writing â€œpoignant Bambara lyrics to [his] unfinished songs.â€ Although dressed in rags upon their first meeting, the griot returned in fine traditional bogolan (“mud cloth”) for this important task. They composed lyrics in a wooded area near the southern bank of the Niger River.

â€œAs with most Mande music, the songs speak of social issues and are meant to encourage and inspire the people in their efforts to develop the nation and fight poverty,â€ says Klein. â€œ[There’s] a song praising all types of work as a noble causeâ€¦ [one dealing with] the importance of community for mutual support around life-cycle events, plus a song featuring proper djeliyaâ€”griot performanceâ€”about the founder and warrior king of the Mande empire, Sundiata Keita.â€

The lyrics are full of Malian proverbs. Some are particularly universal, such as “Yiri kurun meme ji la o te ke bamba ye” (â€œNo matter how long a log remains in the water it will never become a crocodileâ€), “Nyagame nyinina te baden ye” (â€œHe who seeks a camel will not see a goatâ€) and, perhaps most universal of all, “Diaraby i kana waa ka n to” (â€œMy love, do not leave me here aloneâ€).

Klein recorded Dugu Wolo in Mali in 2010, taking along filmmaker Jason Miller to document the process. In all, 11 Malians appear on the record, and the sessions for the album typically had Klein record his guitar and vocals first with the others adding their parts later. 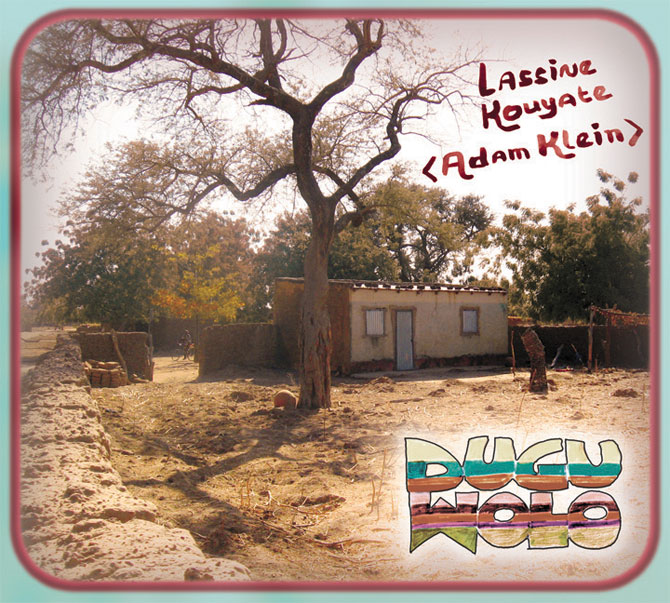 The release event for Dugu Wolo at the Avid Bookshop on Thursday will feature a reading from Klein from his writings done in Mali, a screening of the trailer for the aforementioned documentary, a musical performance and an album-listening reception complete with Malian food. A portion of the CD sales this night will benefit the nonprofit organization African Sky, which works on sustainable development projects in Mali.

Dugu Wolo is a passionate and mutually respectful document of cultural exchange and immersion. Klein says, â€œMalians are wonderful people. Theyâ€™re playful, gracious, kind, welcoming, hospitable and a lot of fun to be around. These are all inherent cultural values. Malians tend to be proud and have a positive outlook in the face of dire povertyâ€¦ I find a stark beauty to the land and the patterns of life there, and feel connected to the natural order of things in a deep and powerful way. Itâ€™s a thriving, rich cultureâ€¦ Most importantly, I have close friends there whom I hope and expect to remain involved with throughout our lives.â€