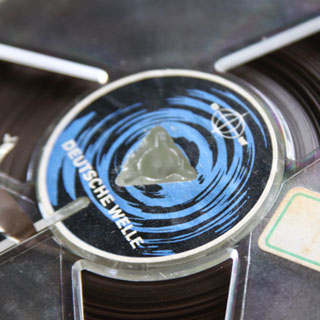 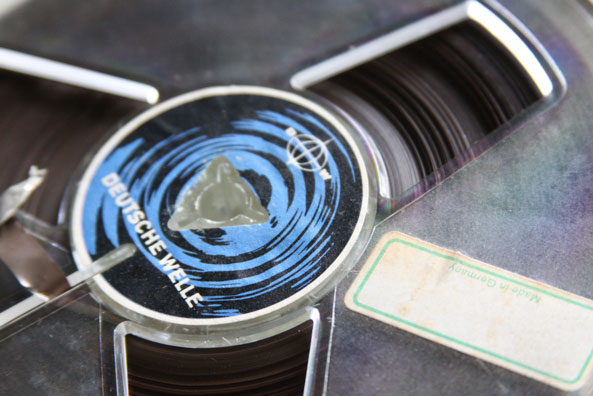 In a dimly lit back room of Tanzania’s radio headquarters, there is a forgotten trove of FM-radio gold stored on deteriorating analog tape. Thousands of hours of Swahili muziki wa dansi (dance music), Afro-jazz and rhumba, Arabic taarab (Swahili sung poetry) and indigenous ngoma drumming sit idle, only a relic of the country’s post-independence history and musical past. Almost two years ago, while living in Tanzania, I decided I wanted to unshelve the Radio Tanzania Dar-es-Salaam reel-to-reels, to digitize them and save them for posterity’s sake. Now, with a handful of Tanzanians and Americans, we’re ready to revive the Radio Tanzania archives.

So why, one might ask, have we committed ourselves to the daunting task of digitizing more than 100,000 hours of foreign music on the other side of the world? The basic reason is simple: these archives are an incredible cultural and historical treasure. All of the music recorded in Tanzania from the early ’60s through the mid ’80s is on those tapes. They are of great value, and they are in grave danger. This alone would be reason enough to digitize and promote them.

But, that’s not the only reason I’m doing it. I have been passionate about Tanzania since I volunteered there as an undergraduate in 2007. I returned in 2009 to study international development and to work for Kiva.org, the world’s largest person-to-person microlending website. In the six months I lived in Tanzania, I grew to love and admire the culture even more as I learned about their peaceful struggle for independence and the inspiring leadership of Julius K. Nyerere.

Nyerere, the first president of an independent Tanzania, founded Radio Tanzania Dar-es-Salaam to serve as the primary instrument for promoting the policy of Ujamaa na Kujitegemea: “Socialism and Self-Reliance.” He argued: “Of all the crimes of colonialism, there is none worse than the attempt to make us believe we had no indigenous culture of our own.” Nyerere realized that fostering Tanzanian culture, music and art was vital to the nascent nation’s success in the aftermath of colonial oppression. He mandated the production of music that confronted social issues such as poverty, literacy and public health.

Nyerere also used the station to undermine colonialism and neo-capitalism around Africa by relaying broadcasts from various African revolutionary groups. Radio Tanzania supported independence struggles against white-supremacist rule in South Africa, Southwest Africa and Rhodesia, and against Portuguese and French colonial rule in Mozambique, Angola and the Comoros. Today we need only look to Zuccotti Park and the hundreds of Occupy movements around the globe to see a worldwide questioning of capitalist corporatism underway. Radio Tanzania tells the story of one nation’s attempt to resist neo-colonial capitalism—and that story contains valuable lessons for today.

In the interest of full disclosure, I should mention that these archives helped save my life. Almost two years ago I was in a head-on collision with a taxi while riding my motorbike in Tanzania. I broke all of the bones in my right leg and a couple of ribs, and nearly died. It took five surgeries to repair my bones. I also underwent months of IV antibiotics and hyperbaric treatments to fight an infection, not to mention almost a year of physical therapy to learn to walk again. During those long months of recovery, researching and planning for this project kept me focused and motivated to heal. In Swahili culture, people live by the Bantu humanist ethic Ubuntu. It translates roughly to “I am because we are.” I am alive today—and I’m the person I am today—because of Ubuntu. I owe my eternal gratitude to the Tanzanians who saved my life the night of the accident, helped nurse me back to health and remained my steadfast friends through long stretches of darkness. My efforts with Radio Tanzania are the best token of thanks I can offer in return.

Speaking of community, it’s important to note that, beyond my own involvement, Athens has played a large role in the Radio Tanzania project. Tyler Webb, Nina Carter and David Fu, three UGA graduates (two of whom are also native Athenians) are in India, Austin, TX and New York City, respectively, working on the Radio Tanzania team. We’ve also made plans to collaborate with Athens musicians Adam Klein, Carl Lindberg and Kai Riedl. Athens has a great reputation for its support of music, the arts and social justice—and the Radio Tanzania team demonstrates that the reputation is well-deserved.

Now, we are raising money for the digitization of the archives via Kickstarter.com, the online crowd-funding platform that’s revolutionized the bankrolling of creative projects. We have set our fundraising goal at $13,000: the cost of basic digitization equipment and projected legal and royalty fees to get the project running. We’re more than halfway to our goal, but we need help to make it to $13,000 by Feb. 3. If we don’t raise this amount or more by that date, then we won’t get anything. The Tanzanian proverb goes, “Haba na haba, hujaza kibaba,” which means “Little by little fills the measure.” Every bit counts, and our Kickstarter campaign empowers individuals to participate in the important work of cultural preservation.

To sweeten the deal, we’re offering some great rewards. For example, a $25 pledge gets you three digital downloads of songs from the archives and a CD with a sampling of the Radio Tanzania music. For $100, you can get a t-shirt with our logo and the “best-of” compilation CD. Also, for each donation of $100 or more, we are releasing another song from the archives onto our website, www.tanzaniaheritageproject.org/listen.

Bertholt Brecht said, “Art is not a mirror held up to reality, but a hammer with which to shape it.” With your help, the music of the Radio Tanzania archives can continue to shape the world. If this project is a success, it will send a powerful message about one nation’s ability to throw off colonialism peacefully and to maintain that peace through music and culture. It will also provide a blueprint for cultural preservation today by developing a workshop that will train Tanzanians in digitization and give profits from music sales back to the community and musical artists. Finally, it will create dialogue between people and across cultures, as individuals from many nations invest in the musical heritage of one.

The narrative about Africa in the popular media is usually one of poverty, disease and helplessness. Radio Tanzania is about social enterprise, solutions and hope. Please join us and help to save and share this music before it is too late.

To support the Radio Tanzania digitization project, please visit www.kickstarter.com and search “Radio Tanzania.” You can learn more about the project there or www.tanzaniaheritageproject.org, where you can also read blog updates. Donations can be made via PayPal, and the project is on Facebook and Twitter (@RadioTanzania). Rebecca Corey’s blog, World Without Strangers, is at rebeccacorey.wordpress.com.