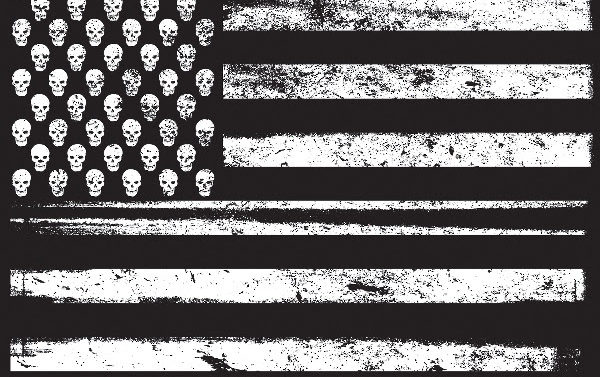 Athens producer and beatsmith WesdaRuler has teamed up with fellow hip hop artists Linqua Franqa, Louie Larceny and Dope Knife for “Fuck Trump America,” a self-explanatory protest anthem that couldn’t be more timely. While the roots of the song were planted far before the pandemic hit, the lyrics echo many of the current Black Lives Matter movement’s sentiments concerning racism, trauma, police brutality and injustice—insidious societal ills partly perpetuated by an ineffective, bigoted administration.

“Like most the music I make, it started with the beat. I make beats the way people write diaries. It’s just an expression of what I was feeling in that moment,” says Wes. I’ve been tired of it, so when I wrote my verse I was just expressing my stance. It only felt right to add other people’s perspectives. That’s when I reached out to Linqua Franqa. I sent her that joint at like 3 in the morning. I got something back that same day. Louie Larceny and Dope Knife finished it up, and there it was.”

Later tonight, WesdaRuler will additionally share “Dance Bii,” a 30-minute club mix that was originally intended for an in-person experience, but will be debuted virtually instead. Tune in using Instagram Live (@wesdaruler) on Friday, July 3 at 8 p.m.

“Dance Bii was supposed to be recorded live in a venue, but Rona messed that up,” says Wes. “I held back on releasing, but feel the time is right now. There are messages that fit what’s going on now. It will also give us a moment to vibe and party together.”

Athens Will Be Able to Elect a New DA After All