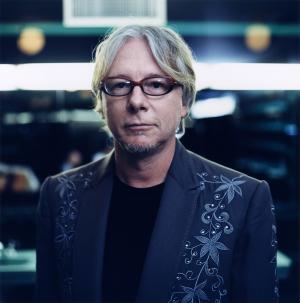 Last month we told you that former R.E.M. bassist Mike Mills was working on a classical/rock hybrid called Concerto for Rock Band, Violin and Strings. Rolling Stone premiered a movement from the concerto called “Sonny Side Up” on its website last week.

“The idea for this concerto was Bobby’s, and I found it both intriguing and extremely challenging, so I said, ‘Yes, let’s go for it,'” Mills told the magazine. “The inspiration for ‘Sonny Side Up’ specifically came from my son’s presence in the room with me while I was writing it—hence the title.”

Look for a feature on Mills and McDuffie’s partnership in the Oct. 19 Flagpole. They’ll perform the concerto Oct. 24 at Hodgson Hall.

In other R.E.M. news, an unreleased live track will hit the Internets sometime within the next month, according to Pitchfork. Writer Dave Eggers’ 30 Songs in 30 Days is releasing—you guessed it—30 songs in 30 days targeting Donald Trump to raise money for voter registration. “Orange clown” haters R.E.M. are a natural fit. Other participating artists include Death Cab for Cutie, My Morning Jacket’s Jim James and Aimee Mann.