14th Annual Robert Burns Concert is Tonight at The Foundry 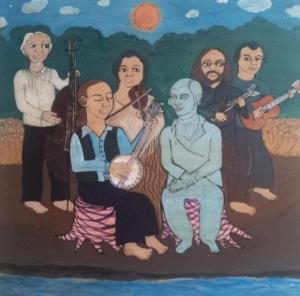 Nearly 15 years ago, local musician Bob Hay had the idea to dedicate a concert to the memory of Robert Burns, the 18th-Century Scottish poet. The event took place on Burns Night, Jan. 25, the author’s birthday. (The Telegraph has a nice explainer on who Burns was and why Burns Night became a thing.)

After recruiting members of his former group, The Squalls, and forming as Bob Hay and the Jolly Beggars, the tribute show became an annual tradition. The group has also recorded three albums of Burns’ material, setting the poet’s words to buoyant, melodic, acoustic folk arrangements.

Tonight, the event moves to The Foundry for its 14th installment. Below, a taste of what to expect, via a video of last year’s performance of the jaunty “Awa, Whigs! Awa,” which we assume is not directed towards these guys.

Tickets for tonight’s show are $7 at the door.

Athens Power Rankings for the Week of Jan. 25