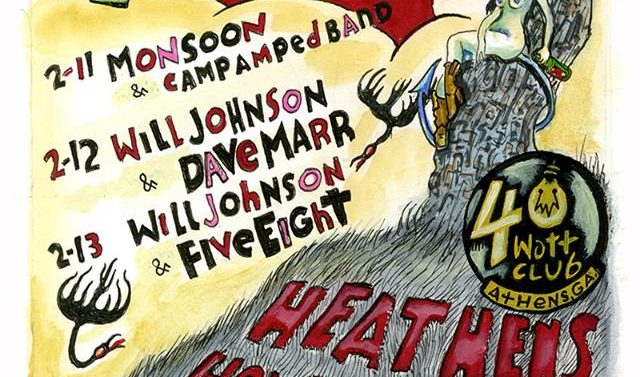 The Drive-By Truckers have announced dates and supporting acts for the 2016 edition of their annual three-day Homecoming stand at the 40 Watt Club.

From Thursday, Feb. 11–Saturday, Feb. 13, the band will headline the club, with a rotating cast of openers. On Thursday, a lucky group of campers from Nuci’s Space’s Camp Amped will play, as will local punks Monsoon.

Friday will feature a set from former Star Room Boy (and former Flagpole city editor) Dave Marr and his band, as well as a solo performance from Centro-matic frontman Will Johnson. Johnson will also play Saturday, as will perennial Athens rockers Five Eight.

Tickets are available via the Truckers’ website, as well as the 40 Watt site, and go on sale tomorrow, Friday, Nov. 20, at 10 a.m.