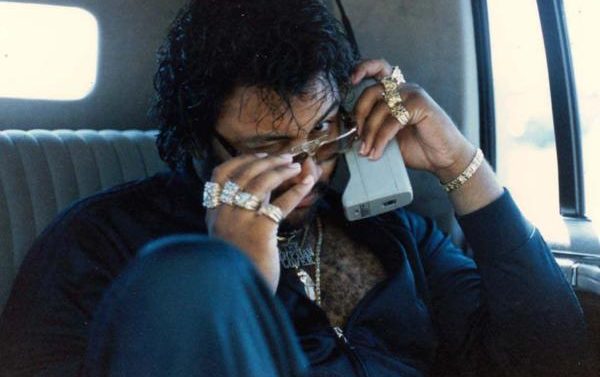 Greg Broussard is a dance music legend. Under his Egyptian Lover stage name, Broussard released several LPs and a whole slew of 12-inch singles in the 1980s, including the club megahit “Egypt, Egypt.” Broussard’s urgent, minimalist production style both foresaw the coming electro movement and helped usher in the golden age of hip hop.

The Egyptian Lover continues to tour and record into the fourth decade of his career, and he’ll hit Athens for the first time ever on Saturday, playing New Earth Athens as part of Athens Intensified‘s second weekend.

Flagpole caught up with the pioneering producer via email, where he discussed his far-reaching influence and corrected one key piece of the historical record.

Flagpole: Give us the Egyptian Lover backstory in a nutshell.

Greg Broussard: The Egyptian Lover is the person I created to get out the ‘hood and become who I wanted to be. I would imagine what my life should be, and I sought out to be him. And oh, wow, did I have fun living up to it.

What was the dance music scene like when you were first coming up?

The dance music scene was a lot of funk and soul. Then came Prince, Rick James and Michael Jackson. This was an absolute dream to grow up during this musical time. Then came Kraftwerk, rap music and “Planet Rock.” I could not want to be in a better place or time then in L.A. in 1984. Everything was happening, and I put out an album and the radio played it endlessly. There was some really good music in the late ’70s and all of the ’80s. I was lucky to live it.

“Egypt Egypt” did not sample Kraftwerk, but was a style from Prince. I made mixtapes with breathing on them, and also on the song “Yes, Yes, Yes,” before Kraftwerk made Tour de France. Maybe Kraftwerk got it from me? I always loved breathing on records. “Soft and Wet” and “Sexy Dancer” were my inspiration.

Then came Ebonee Webb with “Something About You“—that is where I got my total breathing style from. Not Kraftwerk. I got my beats and synth ideas from Kraftwerk, and when I heard Tour de France I really liked the groove. I was very much inspired from it, and did “Egypt Egypt,” but in a more sexual way. More like Prince.

Who are some of your favorite dance/hip hop/electronic artists or producers working today?

Jimmy Edgar, Jamie Jones, Aux 88, Brian E and countless more in Europe on all those electro compilations. The world is full of talent, and the more making music like this, the better.

Do you hear echoes of your early work in any of the music being made in 2014?

All the time. I even hear it in my new album I’m working on. It’s called 1984, to celebrate 30 years of my first release. It’s coming out in December.

Ever been to Athens?

Never, I’m really looking forward to it. I got something that will make anyone dance and want to groove: MY 808!

Sunday Voting Under Consideration in Athens