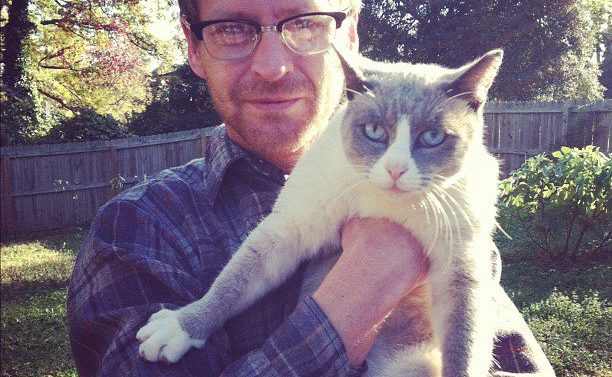 The news came in this morning that Bren Mead, a former Athenian known for his work with groups like Still Flyin’ and Masters of the Hemisphere, suffered a serious fall while hiking alone in New Mexico, where he now lives, and is currently in critical condition at the University of New Mexico Hospital in Albuquerque.

Close friend Kimberly Drew relays a message from Mead’s father, who says that his son is currently undergoing a lengthy surgical procedure to address several broken bones, as well as wounds to his shoulder and chest areas. Despite the seriousness of the injuries, family members say, Mead’s internal organs are intact and doctors expect him to recover.

Flagpole‘s thoughts and prayers are with Mead and his family. We will update this post as the situation progresses.

UPDATE: Here is an article from Albuquerque’s KOB that details the dramatic rescue effort following Mead’s fall. According to the posting, strong winds prevented an easy helicopter airlift, and rescuers were forced to hike three miles.

“Thank you so much friends and family for your thoughts and payers. Bren survived and is breathing on his own today. He has a long recovery ahead. He was sitting on a boulder when the whole thing came off and he fell 15-20 ft. with the boulder rolling over him. It is a miracle he survived. The doctors and nurses at UNM are amazing. Thank you for all the LOVE!”

UPDATE 3: An Indiegogo campaign has been established to help Mead with his medical expenses.