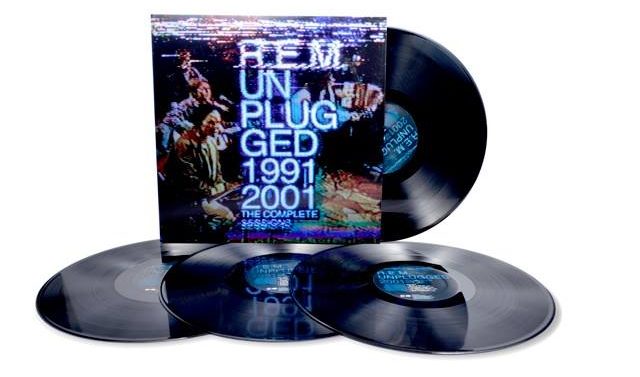 In honor of Record Store Day, the now annual event whose 2014 incarnation takes place Saturday, Apr. 19, R.E.M. has announced it will release a limited edition, four-LP collection titled Unplugged: The Complete 1991 And 2001 Sessions. As the title implies, the set will compile both of the band’s appearances on MTV’s once-essential “Unplugged” series.

The two performances are separated by 10 years (as the press release notes, R.E.M. was the only act to ever headline the program twice). The first, from 1991, is heavy on material from the then-new Out of Time; the other, from 2001, aired soon after the release of the still-underrated Reveal. (That one also famously featured a skirt-wearing Michael Stipe.)

In addition, the collection will include several songs that weren’t aired on TV, including songs from Green, Up and a re-imagining of ubiquitous Document single “The One I Love.”

Both “Unplugged” performances will also be released on CD and digitally on May 20. In addition, if you’re anywhere near Scarborough, ME on Apr. 19—and why wouldn’t you be?—you can pop on in to Bull Moose Records, where R.E.M. bassist Mike Mills will be signing copies of the RSD release. If you don’t feel like flying to Maine, it’ll be available locally at Wuxtry, but get there early.