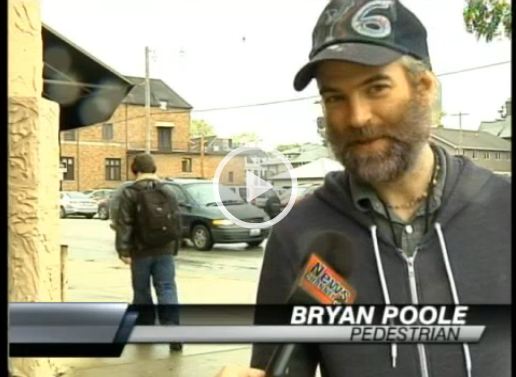 So, here’s a funny thing. Yesterday, Champaign-Urbana, IL ABC affiliate WICD NewsChannel 15 ran a story on Urbana’s gun laws and how they conflict with from those of the neighboring Univeristy of Illinois and the presumed wacky hijinks that could ensue once the city’s concealed carry law goes into effect.

The “person on the street” giving his two cents is none other than Bryan Poole, aka the Late BP Helium, Elf Power guitarist and friendly Athens fella. Seems that Poole, “pedestrian,” was wandering the streets prior to the Neutral Milk Hotel/Elf Power show in Urbana and was stopped by the news crew, who were no doubt drawn to his scruffy facial hair and impish aura.

Poole’s sage advice? “Seems like it could be very confusing. The first thing that comes to mind is maybe they could put signs up.”