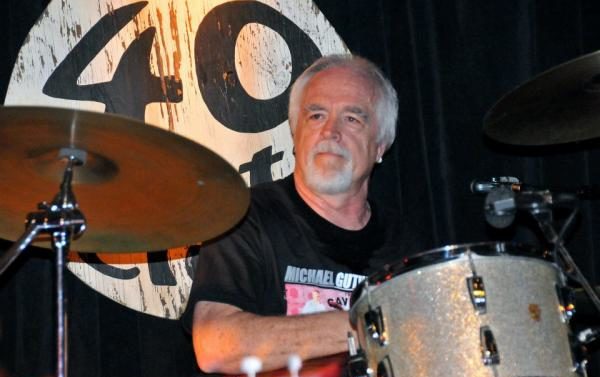 The memorial service for local musician Herb Guthrie, who passed away last month while in Uganda on a mission trip, has been scheduled for Saturday, July 20 at Redeemer Presbyterian Church (165 Pulaski St.). Here’s the official announcement:

A memorial service for Herb Guthrie will be held on Saturday, July 20th, at 2pm. We will gather at Redeemer Presbyterian in downtown Athens, Georgia, on the corner of Broad and Pulaski Streets. Please join us in honoring and celebrating Herb, beloved husband, father, grand-daddy, brother, friend, stellar musician, and a man on a mission to Uganda.

This was his fifth trip there since 2003, and was to be their last, wrapping up the work of CPI, Church Planting International, with Dr. George Hutchinson, Herb’s spiritual father and and dear friend of many years. Herb had taken 15 sound systems over the years to churches in and around Kampala, some even to the border of the Sudan, to equip pastors to be able to teach, preach, and be heard. As a result, the churches grew, formed schools and orphanages for the many AIDS orphans, and became a resource of help and healing in the communities.

A Ugandan pastor, Joseph Muwonge, who worked with CPI, was driving the Toyota Land Cruiser, when they were struck head-on by a milk truck, illegally passing another truck, on Kampala-Masaka Road, at Nabusanke. Dr. Hutchinson and Pastor Muwonge were killed instantly, and Herb died a short time later at Nkozi Hospital, after General Ely Tumwine, who just happened to be passing by, secured the accident site, had his men carry Herb to his vehicle and transported immediately to the hospital.

The General gave all three men a military escort into Kampala, handing their bodies over to the missionaries there. The U.S. Consulate from the Embassy came to the scene to investigate, and the accident was reported on the national news. Herb was misidentified as Stephen Bradford at first, but the Consulate was able to make a positive identification with me by phone the following day, using Herb’s trademark two pierced earrings in one ear. They had been to an outlying village that morning to facilitate a coming together after some difficulties between people, and had completed their mission in serving the Ugandan church.