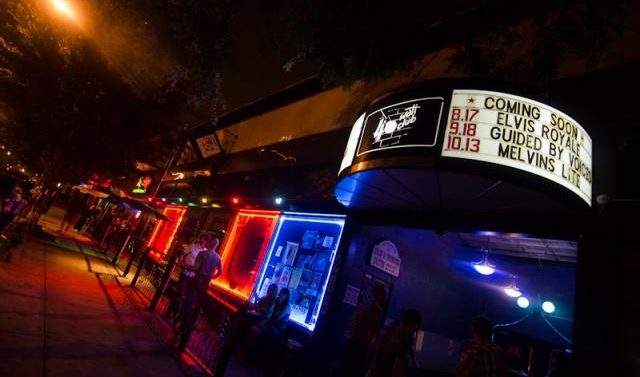 This will come as no surprise to well-traveled Athenians, but the 40 Watt Club is among the best music venues in the country, according to Rolling Stone.

Twenty-four musicians, agents, promoters and managers (including Athens’ Bertis Downs) were asked to rate “the most rocking small rooms in America.” The 40 Watt came in 18th.

Years before Michael Stipe used to stage-dive into the crowd at this legendary Georgia nightclub, the future R.E.M. frontman would count pennies to get in as doormen stared him down. (He later befriended Nirvana‘s Dave Grohl over veggie sausage at a restaurant the morning after the Seattle band performed at the 40 Watt.) Originally the rehearsal space for local rock heroes Pylon, the 40 Watt morphed into a bona fide club in 1979, drawing the B-52’s, Sonic Youth, X, Patti Smith and Drive-By Truckers.

I’m not sure how two rock stars eating at The Grit makes the 40 Watt a great club, but there you go.