SXSW: The Gospel of Nick Cave, aka Damn the Doorman 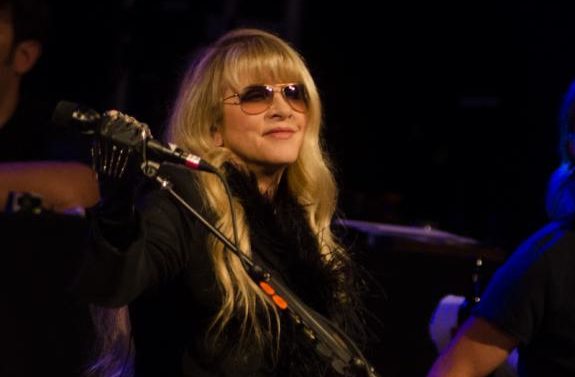 “Some people say it’s just rock and roll/ Oh, but it gets you right down to your soul.”
–Nick Cave, “Push The Sky Away”

Every year I’m out here at SXSW, this being the fourth, I have a new plan in my head of how to schedule reportage and updates. So basically, thank God for Twitter, because finding time to actually sit down and write anything is a goal lofted up there with saving the ice caps. That is, you can only do one thing at a time and there’s always a billion factors getting in your way.

To wit, I was gonna tell you all about Sound City Players, Dave Grohl’s all-star rock band, but even though all my credentials were in order and I was granted specific press access to this show—there’s a separate credentialing process for some shows—everything grinds to a halt with the doorman.

Now, this isn’t a job I’ve no sympathy for, but I’m gonna go ahead and blame the barking red-headed dude at Stubb’s for not letting me in with my camera. So that’s why I can’t tell you anything about how cool it was to see Stevie Nicks with Dave Grohl or Rick Springfield with Dave Grohl (no, I’m not making this up) or Beyonce, Jimmy Carter, Psy and all the remaining original members of Molly Hatchet with Dave Grohl. (Made all of those up but who knows? Anything can happen here.)

Earlier in the day time was well spent at Cheer Up Charlie’s with the folky, chamber-y Dana Falconberry, straight up indie-guitar crew Ash Reiter and Lisa Marr from Vancouver’s long-beloved indie-pop cuddle crew Cub. All did a swimmingly good job, although my ears leaned mostly toward Ash Reiter and I’ve got to admit that while I was never a huge fan of Cub, Marr’s playing solo with a person in a wolf mask holding up lyrics for the crowd was the least gimmicky gimmick I’ve seen this week. It just worked.

But let me back up to Wednesday night, because Nick Cave & The Bad Seeds’ show should not go unreported. I hadn’t seen Cave in 11 years, and let’s just be honest here: I’m an enormous Nick Cave fan. No two ways about it. And damn if I wasn’t one of the lucky several hundred to get into this show. From the word go, Cave prowled the stage and blasted through “hit” after hit after hit. You know, songs we know and love: “The Mercy Seat”, “Stagger Lee”, “Deanna” and “From Her To Eternity.”

His piano was onstage, but he only ever went back to it to bang out a few notes of punctuation. Every time he did this it seemed like a demon grabbing a trident and stoking a fire. But just as Cave is adept at skinning teeth and alternately cloaking and peeling back the onion skin of human misery and confusion he’s also able to, as they say, “git right in yer soul.” And his set, which ended with “Push The Sky Away,” sealed the deal.

OK, back to Thursday. After the Sound City debacle, I caught Master P, who’s always entertaining and more hardcore now than the “Ice Cream Man” of yore. Even so, he had this massive crew onstage throwing out t-shirts for his new label No Limit Forever, and he kept giving massive shout-outs to his sponsor Red Bull. He’s still got that na na na na/ Make ’em say “uhh” vibe though. Onward…

Richard Thompson (he of Fairport Convention and Richard & Linda Thompson fame) was packed out, so I MacGuyvered a view from the street and watched his whole set through a pair of open double doors. Fine with me! Caught Snoop Dogg, excuse me—ahem—Snoop Lion, at Viceland, and he did the smartest thing an artist with a bunch of old hits could do. He worked all his new material and reggae “riddims” in between all his hits. Kept everyone up and receptive to his new stuff, which thus far has been getting a bit of an icy stare, at least in the pasty indie rock world.

Young Dreams (Bergen, Norway) are this nice bunch of guys that I think are in their early 20s who plow Beach Boys-ish harmonies in a non-beach way and remind me of those nice rare finds from Flying Nun Records and Sarah Records. Emotions are rarely reasonable, and sometimes you’ve got to go with your gut and say, “That made me feel this way and this makes me feel the same way. Ergo, this reminds me of that even though, in actuality, they might not be that similar.” Young Dreams is a case of that.

I finished the night by catching legitimate superstar DJ Paul Oakenfold at the still ridiculous Buffalo Billiards. OK, look, Oakenfold plays stadiums. He headlines massive events all over the world. Here he was playing upstairs at a crappy cowboy/pool bar, the same place Reptar played last year, to a crowd of maybe 150. I’m not making some argument over artistic justice or anything at all. What I’m trying to impart is how utterly bizarre a lot of stuff is at SXSW.

SXSW: A Slight Return and Some Crystal Ballin’