Modern Skirts to Call it Quits 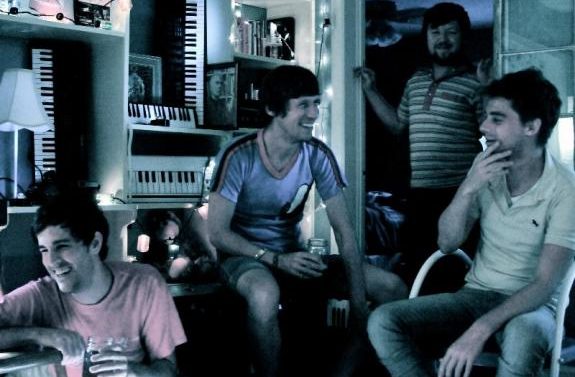 Rumors have been swirling for weeks, and now it’s confirmed. Local pop group Modern Skirts (whose website mysteriously features a non-functional an embed of the Empire State South site) have announced they will call it quits after a final string of shows. The band has been performing together in some form for almost 10 years.

I am writing all of you in a very personal capacity today, with an overall feeling of happiness, gratitude, and a little sadness. Today is our first formal announcement that we are bringing Modern Skirts to a conclusion in the coming months. There’s no way to even fathom how different our lives are now, for the better, for being in this band; the friends and family we’ve gained from the decade that the four of us have been playing together, the insane experiences we’ve had, the luck, the hardship, the victories, the disappointments, the opportunities…. it’s all more than any people deserve, and we’ve been able to live this wonderful dream for so long because of you guys. So, you know, thanks. And thanks. And thanks and thanks and thanks.

The reasons are various and numerous, but to put it generally and simply, I think that we all feel that Modern Skirts has run its course, both creatively and professionally. There came a time when it started getting harder and harder to forge new musical paths together and to progress in our careers together, and as we matured and our individual interests diverged, it just has reached a point to where it makes more sense for each of us to forge our own paths. We leave the band behind on exceptional terms with each other, and we’re getting out of it long before reaching a point of exhaustion or resentment. Really, there is no better way to bring such a tightknit relationship to a close.

For now, we can leave it at that, and in the future when one of us and one of you run into each other some afternoon out in the world, we can sit down, have a beer, and talk about it more in depth.

So this is a incomplete list of our final shows. There are a handful more shows we’d like to try to do before hanging it up, including a very last final goodbye and good luck show in Athens later in the year. More details on that soon.

A list of final shows includes an appearance at Macon’s Big Bird Bash this coming Saturday, as well as a gig at Atlanta’s Smith’s Olde Bar on Mar. 23 and a hometown farewell at the 40 Watt on Apr. 5.