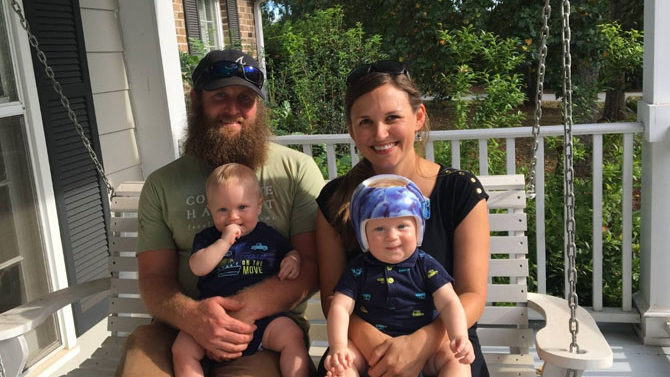 Two Athens farmers are suing their homeowners’ association over whether farms are allowed at Shoal Creek Farms.

Diamond Hill Farm owners Carter and Shelley Dodd filed a lawsuit last month alleging that a newly elected HOA board—led by former Athens-Clarke County commissioner Sharyn Dickerson—reversed the previous board’s written approval for the Dodds to establish a commercial vegetable farm in the rural Eastside subdivision last year. The new board sent a cease-and-desist letter to the Dodds in early April ordering them to stop farming.

Having invested their life’s savings into the farm, the Dodds—who founded the Collective Harvest community-supported agriculture program and are regulars at the Athens Farmers Market—reached out to their many supporters and customers with a poignant GoFundMe request for $30,000 to help pay their legal fees and make up for lost revenue due to legal delays, a sum that was quickly exceeded as the link spread on social media last week.

Some communities, such as Shoal Creek Farms, set up HOAs to organize services that benefit the entire community, such as mowing the grass at the entrance to the subdivision. The Shoal Creek Farms HOA board, made up of five residents elected by the community, also enforces restrictive covenants that were written at the time the community was established. These covenants are often open to interpretation, which might explain why one board allowed the Dodds to establish a farm and the next board is attempting to block them. 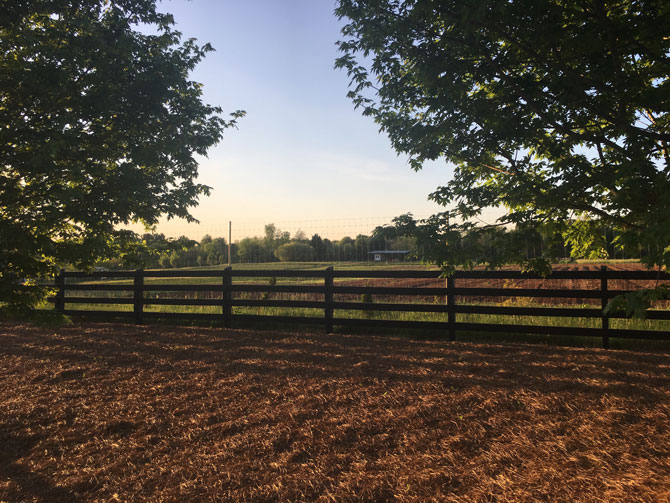 According to the lawsuit and the Dodds’ GoFundMe page, they became interested in the home on 9 acres as a place to raise their two young sons and establish their vegetable garden. The property is zoned for agriculture, but before making an offer to purchase, the Dodds reached out to request approval from the Shoal Creek Farms HOA for their plans for the garden, including provisions for a necessary deer fence, hoop house and other elements to start raising crops. The HOA board reviewed the plans and asked for specific provisions: no sign, livestock or on-site vegetable sales, and to maintain a tidy and attractive appearance that befits the well-tended, upper-middle-class neighborhood of large homes on estate-sized lots. The board gave its approval in July 2018, and that September, the Dodds closed on the property.

Soon after they moved in, though, the community elected a new slate of HOA board members who were less receptive to their plans. Carter Dodd attended the November board meeting to present detailed plans for hoop houses, which extend the growing season into the cold winter months. The previous board had already indicated its approval of the temporary structures, and had simply requested additional detail. Soon after the November board meeting, the Dodds received a letter from the HOA’s lawyer withdrawing the previous board’s approval of the garden, voted on a mere four months earlier. Alarmed, the Dodds attempted to reach out to the new board and were told that they could only communicate with the board through its attorney.

The new president elected in November soon resigned and was replaced by Dickerson, who is now the city administrator in Watkinsville. She called for a community “informational meeting” about the farm to be held for all homeowners with a mere two days’ notice, during which she “[explained] how the board was going to proceed along a course which would result in our financial ruin,” according to the Dodds’ GoFundMe narrative.

The issue continues to divide the otherwise quiet community. A resident familiar with the issue, who declined to be identified, said that the homeowners were split “about 50/50” on the matter. Neighbors responded to the board’s earlier meeting with another meeting in February, and a majority of that meeting’s attendees voted to stop the board from using community funds for lawyers, and to stop opposing the Dodds’ farm.

“The overwhelming amount of support we’ve gotten is amazing, and we want to thank all of our supporters and our neighbors,” Carter Dodd said. “We are really grateful.”

The 152-page complaint seeks unspecified monetary damages for lost revenues. In a statement prepared by the Dodds’ attorney, Rob Huestis, he said: “The HOA covenants control this case.  The Dodds followed the covenants by submitting a proposal for a small commercial organic vegetable farm and there is no question the HOA approved this use.” In a brief phone interview, Huestis added that “the Dodds are seeking all damages that are allowed by law. As time passes, the damages are likely to increase.”

Dickerson referred questions to the lawyer representing the Shoal Creek Farms HOA board, David Ellison, who declined to comment.