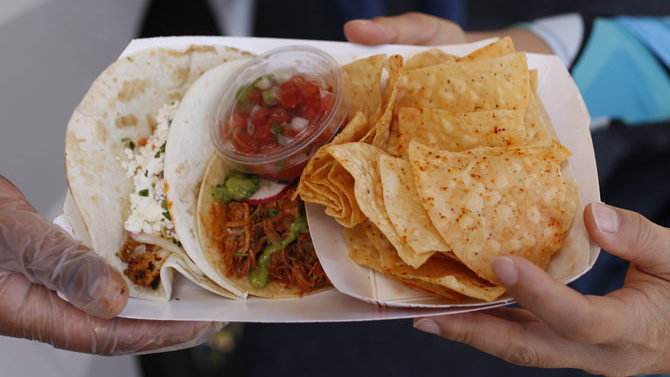 This year hasn’t been a terrible one for restaurants, even if it has been for a lot of other things. Sure, some beloved places closed. And downtown continues to trend (slightly) away from interesting and adventurous and toward places that serve the students who are moving there in droves. But maybe that means a greater geographic spread of good places to eat, which is good for all of us.

Food trucks are more successful in Athens than they’ve ever been, thanks to loosened regulations and a growing community of mobile eateries that joined forces this year to put on semi-regular evenings at Jittery Joe’s on Barber and the Classic Center’s pavilion on Foundry Street. Added to the scene were Nedza’s Waffles, Da Munchiezz and UGA’s surprisingly good Taqueria 1785 (which you can also find on campus), as well as Hankie Pies at the West Broad Farmers Market.

The success story of 2016 is probably home.made, Mimi Maumus’ catering business on Baxter that expanded and renovated this year into a serious sit-down dining destination. Dinner, lunch and brunch are packed, leading folks to park across the street, which means they use the crosswalk, which in turn means that traffic slows down a little and the artery feels a bit more lively with pedestrians.

That said, my favorite place I went to this year, even though it technically opened in 2015, was La Michoacana, the ice-cream chain out of Mexico, in Hull near the Ingles. A second branch, under different ownership and with a slightly limited menu, is in Georgia Square Mall. Both offer fantastic ice cream in a wide range of flavors, plus fun snacks. The Hull store also does superlative paletas. Polleria Pablo and Tacos Los Plebes are a similar story: a bit of a drive, but 100 percent worth it, the latter with great tacos made on a griddle before your eyes, the former with magical Peruvian dishes (ceviche! Peruvian grilled chicken!), and both in the same strip of businesses on Danielsville Road.

Donna Chang’s, in Five Points, is as cool as anything in any city, with gorgeous cocktails, a great wine list and some exceptional dishes. The kale and brussels sprout salad may sound like hippie health food in the abstract, but in practice it is a big, flowery firework of tastes and textures. The setting is tight but warm, and it’s impressively well run. Koyla Sizzling Grill and Hookah Lounge, on South Milledge, is not exactly organized, but it is delicious, with a wide range of Indian and Pakistani dishes presented without flair but at low prices and with great flavor to recommend them.

Out in the Epps Bridge area, Groove Burgers isn’t a franchise yet, but it feels like one in a good way: businesslike, smart, speedy and customer-oriented. The menu focuses on burgers and creative sides. It’s nothing fancy, but it’s nicely done. In the same area, Bone Island Grillhouse opened, doing seafood and more, plus Diablo’s Southwest Grill (a franchise build-your-own burrito eatery) and Wok’s Up (the first iteration of a planned franchise of build-your-own stir-fry-bowl restaurants). Apparently, people want to build their own stuff.

Downtown, we got a Zaxby’s, a Wing Zone, a D.P. Dough and a Cinnaholic, so there’s that. Cafe Istanbul, a Turkish restaurant out of Atlanta with three other locations, opened recently on Clayton Street next to Utage. Zombie Coffee and Donuts opened on Broad, in the former Your Pie, letting people (yes) build their own doughnuts and offering coffee ice cubes in its iced coffee. Mother Pho took over the space that had been Yummy Pho, making sure we continue to have Vietnamese food downtown. Thai E3 Cuisine moved into what had been Speakeasy, upstairs on Broad. And A-OK Cafe, under Marvin’s Shoe Service on College, turned into Bubble Cafe, doing Taiwanese snacks, rice bowls and bubble tea. The Hankook Taqueria-associated Takorea opened in what was Etienne downtown, doing Korean-Mexican tacos with a chef pedigree.

The Chase Park warehouses got their own option for coffee and snacks with Veronica’s Sweet Spot, and perhaps more to come in the next year. Baxter added a Hungry Howie’s pizza franchise near the UGA dorms, but, in better news, Mama Jewel’s Kitchen started serving breakfast and lunch, including a lot of tasty from-scratch Southern standards, farther down the same street. If you follow it to its conclusion, where it runs into the Beechwood shopping center, you can also now eat as many kinds of chicken salad as anyone could possibly want at franchise Chicken Salad Chick, or get yourself a big, drippy burger at Fatburger, inside Buffalo’s.

In addition to Donna Chang’s, Five Points added a bar connected to and downstairs from The Pine called The Root. Next year and next door, Sakura, the totally solid sushi/hibachi place tucked away on Atlanta Highway, will open a second branch on South Milledge. Lighthouse Seafood returned to Athens, on Vine Street, and Taqueria el Agave vastly improved on its predecessor in the same Oconee Street spot. Out on the Eastside, Craft Public House gave that area of town a real option for a nice, fancy meal, and Peking closed, to be replaced by Red Bowl Bistro.

Restaurants that closed were Big Daddy Mike’s Barbecue, The Branded Butcher (to rebrand as something with burgers but the same owners), Preserve (sadly, but with the chef shifting to The World Famous, yay!), Hip Pops (still to be found around town, but no more regular store hours), Brixx, Ten Pins Tavern, Tin Drum, Etienne Brasserie, Transmet West, Goodie Two Shoes (still doing catering and rentals) and two of Pete McCommons’ very favorite eateries, the Cafe on Prince and Paul’s Bar-B-Q.

The next year should bring us Metro Diner in the old East West downtown (a Guy Fieri-approved franchise out of Jacksonville, FL), a fish shack in what was Preserve, the fourth Taqueria La Parrilla (in what was most recently The Tartar House, at highways 29 and 72) and maybe, someday, Matt Downes’ Liberty on Baxter, which got a sign this year and did at least one pop-up event.