The Simon & Garfunkel Story Comes to The Classic Center 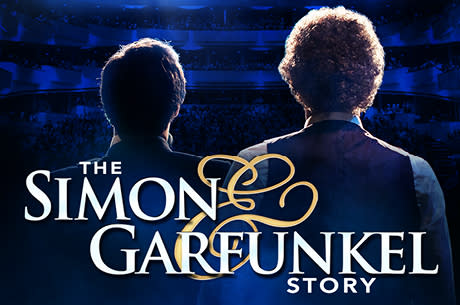 Musical theater is taken to another level with the biographical production of The Simon & Garfunkel Story. This immersive concert-style theater show, complete with projected film footage and a live band, chronicles the journey of Paul Simon and Art Garfunkel as two young boys from Queens, NY becoming one of the world’s most iconic musical duos. Classic Entertainment presents the internationally-acclaimed theater show as part of the Broadway Entertainment Series at The Classic Center Theatre on Feb. 1 at 7:30 p.m.

With more than 100 million album sales and 10 Grammy Awards since 1965, Simon & Garfunkel are considered one of the most successful folk-rock duos of all time—marked by their induction into the Rock and Roll Hall of Fame in 1990. Watch their humble beginnings unfold on stage into 1960s stardom before a dramatic split in 1970. The show concludes with their famous “The Concert in Central Park” reunion in 1981. Throughout the production, a live band will play memorable hits such as “Mrs. Robinson,” “Cecilia,” “Bridge Over Troubled Water” and more.

Attendees must present one of the following for entry: proof of vaccination, signed health and safety affidavit with temperature check or negative COVID test within 72 hours of the event. Tickets are on sale now starting at $25, available for purchase at classiccenter.com.

COVID Is Leveling Off but Spreading Fast Among Children