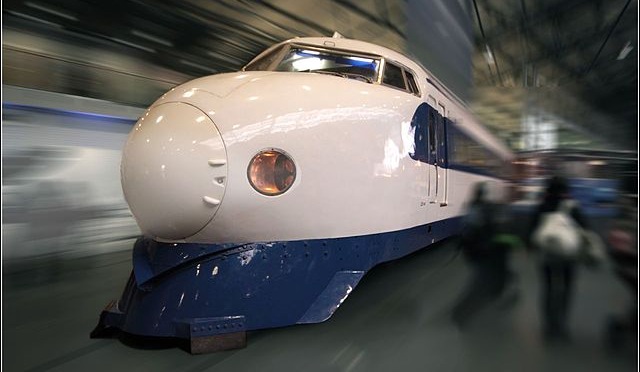 As President Joe Biden’s $1 trillion infrastructure plan continues stalling in Congress, Georgia U.S. Sen. Jon Ossoff is hoping to get $10 billion included in the budget reconciliation bill for high-speed passenger rail for Georgia and the Southeast.

“As this Congress makes historic investments in America’s infrastructure, we should allocate robust resources for high-speed rail necessary to advance the Southeast High-Speed Rail Corridor, a long-planned project of national significance necessary to connect the fast-growing American Southeast,” Ossoff wrote. “I strongly urge the Senate’s proposal to include at least $10 billion in dedicated funding for high-speed rail planning and construction.”

Planning is currently underway for an intercity rail line between Atlanta and Charlotte, NC, with a proposed stop in Athens.

The Federal Railroad Administration and Georgia Department of Transportation, working with state transportation departments in North Carolina and South Carolina, have identified the 274-mile route as the “preferred corridor” for the Charlotte-to-Atlanta portion of a high-speed rail line that would continue northeast to Washington, DC.

“The projected increases in population and economic growth for the Piedmont Atlantic Megaregion create a need for a carefully planned approach to improving rail infrastructure that will benefit Georgia, South Carolina, North Carolina, the southeastern United States and the nation,” the FRA wrote in its final environmental impact report on the project released in July.

“Intercity passenger rail is available for business and non-business travelers that is competitive with other modes of travel in terms of travel time, convenience and safety.”

Ossoff is also supporting a proposed high-speed rail line connecting Atlanta to Savannah with a stop in Macon. This line would extend to Nashville, TN., through northeast Georgia and down to Jacksonville, FL.

President Joe Biden, who commuted daily between his Delaware home and Washington for decades while serving in the U.S. Senate, is a passenger rail enthusiast. Biden even mentioned the Atlanta-to-Charlotte high-speed rail project in a speech last spring marking Amtrak’s 50th anniversary.

This story was provided by Capitol Beat News Service.