Texas BBQ Is Coming to Broad, Plus More News 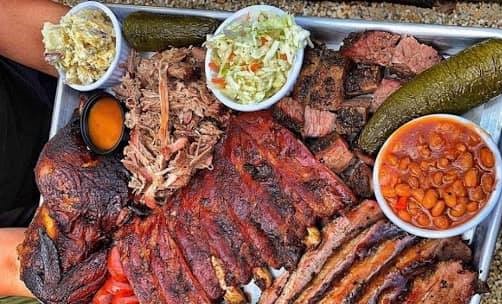 Another barbecue restaurant is planning on opening in the former Walter’s/Arctic Girl/Preserve/JB’s/Broad Street Coffee/Fish Shack/Eden’s Cafe, etc., but it’s a bit different than you might expect.

Tamez Barbecue is the brainchild of Alejandro Tamez, who cooked here in town at Farm 255, then followed Whitney Otawka to Greyfield Inn on Cumberland Island (twice!) and helped open the beloved upscale Mexican restaurant Cinco y Diez. He also cooked with Sean Brock at Minero in Charleston, SC, in Denmark at Baest and in Mexico City at Quintonil, one of the world’s 50 best restaurants, according to some fancy lists. In other words, I feel like this is likely a step up from weekend barbecue.

Tamez says he’ll be focusing on Texas-style “wood smoking on offset smokers, seasoned simply with mostly salt and pepper, focused mostly on technique and execution.” He adds, “During all my time cooking, I always loved barbecue and the simplicity of it. I’ve done it mostly as a hobby and ‘on the side’ parallel to my other cooking, and I’m pleased to be able to bring my vision of Texas barbecue to the Athens community, [where] after all this time I still call home.” He’s hoping to be open by the end of October.

A second location of the Crab Hut (formerly Kajun Seafood) is open on the Eastside, in the Publix/Georgetown shopping center.

The Danielsville location of Blazer’s is closed.

Corner’s Edge Butcher Shoppe, a small Georgia chain with locations in Loganville, Monroe and Conyers, is opening a branch in the Green Acres Shopping Center on the Eastside, likely this October.

Opa Robby’s, in front of Target, is planning to reopen next week with limited store hours (masks required) and continue offering curbside no-contact ordering and pick-up.

The Local 706 in Five Points is officially open, although its website hasn’t been updated about that fact yet.